The San Luis Obispo County Sheriff’s Department announced July 30 it arrested one of its own for a “possible domestic violence incident,” according to a department press release. 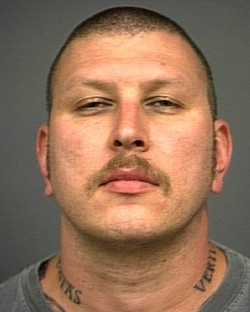 Deputy John Pozdolski, 37, was arrested and booked into county jail on a misdemeanor domestic violence charge on July 16, according to the department.

Sheriff’s Department spokesman Tony Cipolla confirmed Pozdolski had been arrested, but declined to offer further details because the investigation involves a personnel matter and is ongoing.

Pozdolski has been with the department since June 1998, Cipolla said.

“The Sheriff’s Office takes these matters seriously and upon learning of the incident took immediate and appropriate action,” the department said in its press release. “The Sheriff’s Office holds our employees to the same or higher standards than other members of the community.”

The deputy couldn’t be reached for comment. He has been placed on paid administrative leave until the court process and investigation are completed. He was not in jail as of press time.

As of press time, the District Attorney’s Office had not filed charges against Pozdolski and a spokesman for the office didn’t respond to requests for comment.