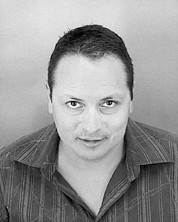 A San Luis Obispo County senior sheriff’s deputy was charged with driving under the influence of alcohol after an altercation on Sept. 6 near the 100 block of El Camino Real in Arroyo Grande. James Martin Lesperance, 45, of Pismo Beach was arrested on suspicion of operating a vehicle under the influence of alcohol, and doing so with a blood alcohol content (BAC) of .08 or higher

Police responded to two separate reports of a disturbance in the early morning hours in the downtown area of AG. One witness reported to the dispatcher a verbal disturbance on Nelson Street, and a second reported seeing three men who exited a white Chevy Tahoe assault a group of men and women before driving off.

Four police units fresh from wrapping up a nearby DUI checkpoint responded to the calls and began searching for the SUV. Officers spotted and pursued it for a few blocks until it pulled into a gas station at 100 Barnett Street, where they questioned the suspects.

According to Arroyo Grande Police Department Commander Charles Gerhart, Lesperance, the driver of the Tahoe, was administered a preliminary alcohol screening on the spot, where officers determined there were enough indicators that he was over the legal limit to justify taking him to Arroyo Grande Community Hospital for a blood test, an option he reportedly chose. The official results of that test showed a BAC of 0.16, twice the legal limit.

Lesperance was then booked at the Arroyo Grande Police Station and released on his own recognizance with a promise to appear in court. Gerhart said that Lesperance’s release was not beyond usual procedure.

The two passengers of Lesperance’s vehicle were Allen Lee Shewmaker, 42, a contractor, and Aaron Dee Shewmaker, 40, of Atascadero, a construction worker. Both were also arrested and charged with misdemeanor assault and battery. Because police were not present during the alleged assault and the extent of injuries to the alleged victims were not considered serious, the Shewmakers were also issued promise-to-appear-in-court citations and released.

“The indications that I have are that [Lesperance] was not a participant in the alleged assault,” Gerhart said. “In fact, reports by witnesses indicate that all he had done was show up with the vehicle. If the reports had shown that he was involved, he would have been treated the same as the other two.”

One of the witnesses told New Times all three men who emerged from the white Chevy Tahoe, including the deputy sherrif, assaulted a group of people, seven males and three females, at around 2 a.m. near the corner of Nelson and Mason streets. The witness, who was among the group, said five of the men and one of the women in the group received injuries ranging from a broken nose to bloody lips. Several of the alleged victims are pressing charges.

Lesperance has no prior convictions. However, the two Shewmakers have long lists of traffic and criminal violations dating back to the late ‘80s, ranging from DUIs to drunk-in-public and drug charges.

In a statement to New Times, SLO County Sheriff’s Department Public Information Officer Rob Bryn said Lesperance was not on duty at the time of the arrest and is not currently driving on behalf of the department.

“The SLO County Sheriff’s Department is aware of an arrest of one of our off-duty deputies for an alleged DUI offense in Arroyo Grande,” Bryn said. “The department is currently conducting a separate investigation in the case.”

The DUI charges were filed against Lesperance on Sept. 11. Lesperance’s attorney James Murphy waived arraignment and entered pleas of not guilty on both charges.

Neither Lesperance nor the Shewmakers could be reached for comment. Calls to Murphy’s office were not returned as of press time.