The SLO County Sheriff's Office tapped a veteran correctional deputy to help ensure its jail is in compliance with the myriad policies and laws that govern the facility. 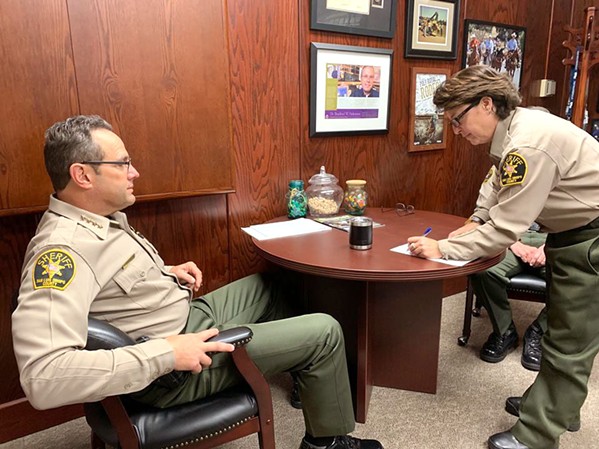 Starting next month, Correctional Deputy Traci Kessler will begin her duties in the newly created position of Sheriff's Compliance Officer. Kessler previously worked as a correctional deputy in the department for the last 14 years, and is also a third year law student focusing on correctional litigation.

As compliance officer, Kessler said her goal is to make sure department policies meet or exceed standards mandated by federal and state laws. The position comes as Sheriff Ian Parkinson has instituted a number of reforms at the jail in response to public concern over the health and safety of inmates.

"With all the changes [Parkinson] is implementing in the department, he understood that there was a need for this position," Kessler told New Times.

Some of the laws that Kessler will be tasked with ensuring compliance with at the jail include the Americans With Disabilities Act, the Prison Rape Elimination Act, and the Religious Land Use and Institutionalized Persons Act, which governs the right of inmates to practice their religion while incarcerated. Kessler will also oversee the jail's compliance with the Health Insurance Portability and Accountability Act, or HIPAA, which governs the privacy of medical records and medical information. Kessler indicated that HIPAA compliance was particularly important because of the recent decision to move responsibility for delivering mental and medical health care for jail inmates from the SLO County Health Agency to the Sheriff's Office.

"There has to be a compliance unit to make sure that clients' medical records are being respected, as well as their diagnosis," she said.

In addition, Kessler will also be responsible for keeping up to date with changes in state and federal legislation that might impact the jail.

"We want to be proactive rather than reactive," she said.