Facing multi-million-dollar overruns of its overtime budget, the San Luis Obispo County Sheriff's Office is hoping a pilot program can fix the problem.

On Sept. 17, the SLO County Board of Supervisors approved Sheriff Ian Parkinson's request to add 12 full-time deputy positions to the department.

The move is expected to reduce the need for overtime shifts—as officer retirements and lengthy hiring processes mean that positions remain vacant for months at a time. 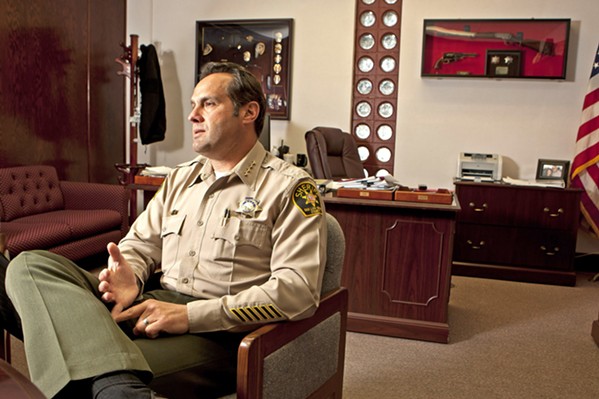 "By allowing us to over-hire, it allows us to start that process and get them into the process earlier both for custody and patrol," Parkinson told county supervisors.

In fiscal year 2018-19, the Sheriff's Office exceeded its overtime budget by more than $3 million. According to Parkinson, the department has experienced prolonged staffing shortages in both its patrol and jail operations due to a slew of retirements and resignations.

Because hiring a new deputy can take up to 18 months after recruitment, background checks, and training, and because the Sheriff's Office mandates that its shifts are covered, department overtime spending has soared.

"This has been significant," Parkinson said.

Per-hour overtime costs are also steadily increasing with each new labor contract. Since 2014, hourly overtime wages for a deputy, for example, are up 15 percent—to $72 per hour.

"When we have mandatory overtime, they're being forced to work on their days off. That is not a healthy way to run an agency," Parkinson said.

The 12 new deputy positions will be split evenly between the patrol and custody divisions. Parkinson estimated it will take 12 to 18 months for the pilot program to achieve cost savings. Once all 12 positions are filled, he said he projects a net savings of about $300,000 per year. Δ