Fast talking hustlers, beautiful dames, and the supposed balance of a soul teetering on the edge between heaven and hell; what more could one want from a musical?

Throw in a bet for love and you’ve got Guys and Dolls, the 1950 musical written by Jo Swerling and Abe Burrows, with music and lyrics by Frank Loesser. 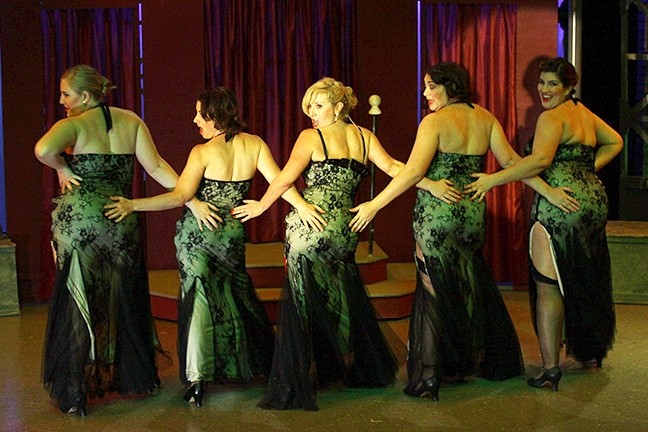 The classic show is gracing the stage at the San Luis Obispo Little Theatre for its 70th season for the first time in about 20 years, with managing artistic director Kevin Harris at the helm this go-round. (Fun fact: At 67 years old, the musical is almost as old as the theater company itself.) This short story turned Broadway show turned movie (starring Marlon Brando and Frank Sinatra) takes us to the dingy, post-war world of 1950s New York City, filled with chronic gamblers and low-level liars.

Enter Nathan Detroit (Cameron Parker), the less than masterful mind behind “The Oldest Established Permanent Floating Craps Game in New York.” Nathan’s in hot water because all the big gamblers are in town and he still doesn’t have a place to hold the game.  He’s also not doing so well with his lady, showgirl Miss Adelaide (Kate Stephens), who’s been waiting 14 years for a ring. Oops. 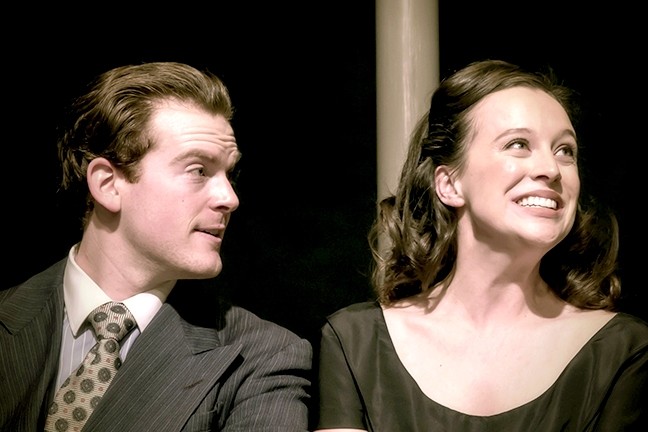 In the mix is also the pious and ambitious missionary Sarah Brown (Molly Wetzel) who just can’t find enough sinners to keep her Salvation Army-style mission from being shut down. To make things even more interesting, Nathan bets fellow gambler Sky Masterson (Mike Fiore) that there’s no way he can get a goody-goody doll like Sarah to go with him to Havana, Cuba.

Shenanigans, catchy tunes, and sassy banter ensue. Leading men and PCPA trained actors Parker and Fiore are back after starring in the theater’s productions of Cabaret and Bye Bye Birdie, respectively, last year. Parker does an especially great job of walking the line between being kind of a jerk boyfriend and being just anxious and caring enough about his lady love (and his craps game) to be likeable as Nathan, while Fiore provides the foil as the cool, smooth-talking Sky, who really does have a heart after all. The fun band of ragtag wannabe mafia men and sinners that round out the crew Nathan and Sky roll with even manage to kind of see the light. 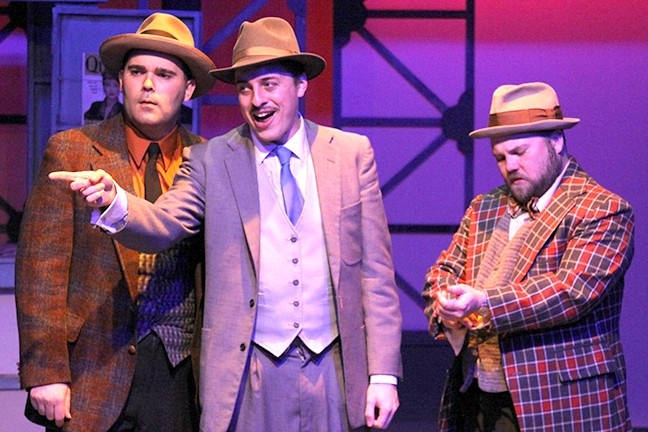 “I’ve always been a bad guy, and a bad gambler,” Benny Southwest (Zach Johnson) says at a prayer meeting. “From now on, I would like to be a good guy, and a good gambler.”

Sure, there’s a bit of 1950s sexism in Guys and Dolls (“I am not putting the knock on dolls,” Sky says. “It’s just that they are something to have around only when they come in handy … like cough drops.”), but it’s easy to forget and forgive, given the era. And at the end of the day, it’s got nothing on the 2016 attitudes toward women.