Siren call: Head out to Morro Bay if you're looking to dance the night away over the midweek holiday weirdness

Think that head-bobbing horn lines layered over ass-moving bass, drums, and synth is a great way to spend the evening?

You're definitely in luck.

Numbskull and Good Medicine Presents are bringing to town Con Brio, a seven-piece band from the Bay Area named for an Italian musical direction that means "with spirit." The self-described mix of energetic soul, psych rock, and R&B is headed by singer Ziek McCarter, whose voice modulates between being a little like Lenny Kravitz, a little like Michael Jackson, and everything in between. 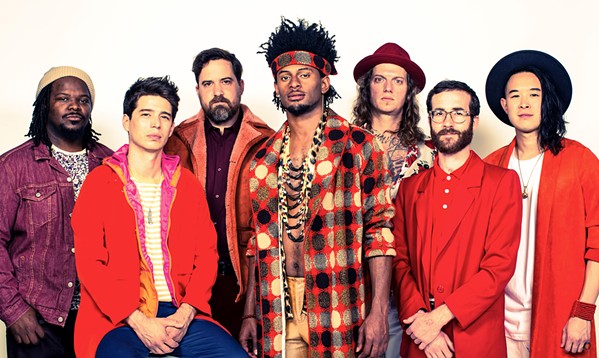 The band released its first album, Paradise, in 2016 and second album, Explorer, in 2018. Paradise is a mix of electric guitar riffs, funky beats, and jazzy horns, while Explorer plays more like an ode to the retro sounds of the '70s. It's disco layered with lyrics, guitar, horn, and danceable beats—and it also includes a cover of Nirvana's "Heart-Shaped Box," so you can't really paint Con Brio into a genre. In July and September, Con Brio released a couple of singles in collaboration with funk-rap maestro Lyrics Born.

They just are who they are: Eclectic, jazzy, full of energy—and apparently back flips, too.

The Taproots put on a free show on Saturday, Dec. 28, at The Siren if you're thinking you need a stop to grab a quick mid-afternoon cocktail and a song (3 to 6 p.m.; 21-and-older). Expect roots rock and Americana, jazz music, and strong harmonies.

But the Saturday fun doesn't end there. Let's Go Bowling, a third-wave Ska band from Fresno (some would argue that these guys kicked off the movement), hit the stage later that evening (8 p.m.; 21-and-older; $15 presale at Boo Boo's and eventbrite.com or $17 at the door). They've been playing together since 1986 and put on frantic live performances with crafted instrumentals and barbershop harmonies. Tommy Peacock and The Feathers will also be there. The cover band plays classic covers as well as hits from all decades including those of Johnny Cash, The Rolling Stones, and Rancid.

Not ready for the weekend to end? It doesn't have to! 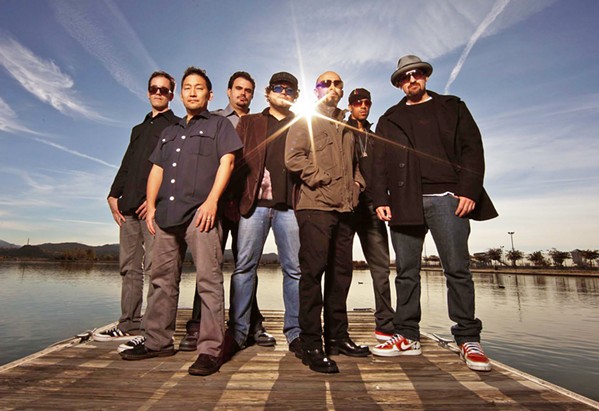 Ozomatli plays The Siren on Monday, Dec. 30 (7:30 p.m.; 21-and-older; $27 presale at Boo Boo's and eventbrite.com or $30 at the door). The six-piece band out of Los Angeles plays LA music: hip-hop, salsa, cumbia, jazz, ska, funk, reggae ... you name it! They've got it all and they put on a fantastic live show. You just can't help but dance. I've seen them at least twice a year since college—which was a while ago.

Ozo has released 10 albums, performed all over the world, opened for Carlos Santana, and won two Grammy awards for Best Latin Rock/Alternative Album and the Latin Grammy for Best Alternative Music Album in 2005. With these guys, it's all about movement, and seeing them live is an event. Ozo moves into and interacts with the crowd, pulls people onstage to dance, and they have a loyal following.

Have a Rockin' Irish New Year's at The Siren with Celtic rock band the Young Dubliners. Yes, the Irish influence is in there, but it's not the only thing you hear on their albums or at their live shows. Two of the band members are from Ireland, and the rest hail from all corners of the United States.

"The sound was always intended to be a hybrid because we all come from such different backgrounds," the band's press materials say.

The Young Dubliners will be there for you on Tuesday, Dec. 31 (7:30 p.m.; 21-and-older; $35 eventbrite.com or $40 at the door) if you get your tickets in advance. Admission is limited to only 300 tickets, and it sells out every year, per The Siren's website, so get your tickets at the presale price. Admission includes a glass of sparkling wine and the Aviators, too. These Southern California rock 'n' rollers will be here "to fill your soul with rock 'n' roll." A hard rock band with dual Les Pauls, powerhouse vocals, and a thunderous rhythm section—it's the best that '80s hair rock can bring, with a modern SoCal twist.

Before Mötley Crüe, one band was already pummeling their instruments in rock joints across the nation. In the 1970s, when members of Y&T were sweating all over stages, they didn't know what would come in the future when hard rock bands like RATT and Metallica would light up the charts. Born in Oakland as Yesterday and Today, the band shortened their name to Y&T in the '80s. Eighteen albums and three greatest hits collections later, Y&T has sold more than 4 million albums since 1974, and the band's most recent single, "I'm Coming Home," has roughly 1.5 million views on YouTube, according to press materials. "Prepare to have your face melted" as Y&T plays SLO Brew Rock on Saturday, Dec. 28 (7 p.m.; 18-and-older; $25 to $125 at slobrew.com). 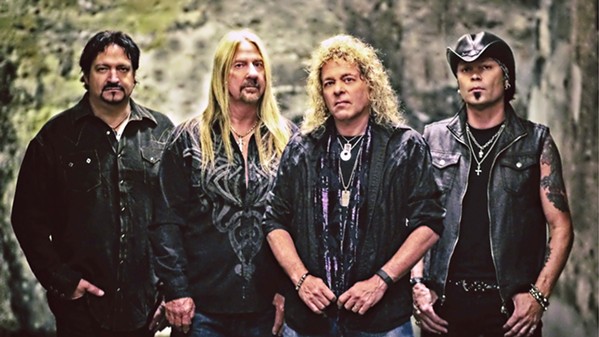 For something completely different, you can also try SLO Brew Rock for a New Year's Eve Disco on Tuesday, Dec. 31 (8:30 p.m.; 21-and-older; $35 to $1,000 at slobrew.com). SLO Brew's shutting down the entire campus from the taproom to the stage to the brand-new Rod & Hammer's SLO Stills small-batch distillery. 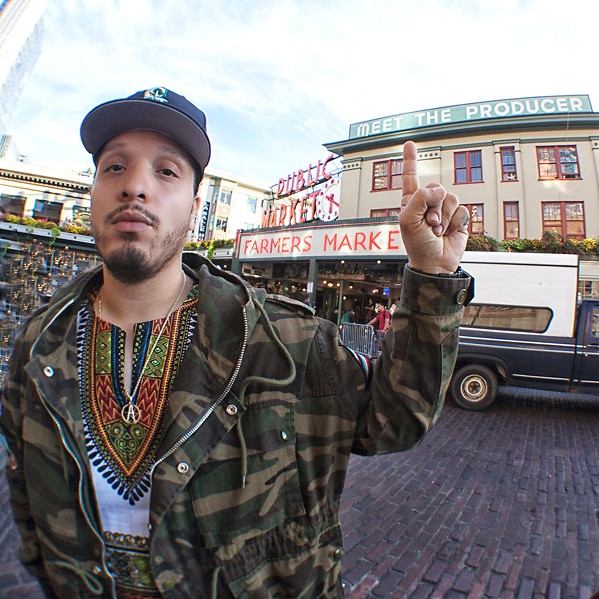 DJ Studio 54 and special guest Elijah Blue Molina, better known by his stage name Scoop DeVille, will get you in the epic party mood—although I wouldn't count on it being anything like the Studio 54 of 1970s New York. DeVille—a Mexican-American record producer, rapper, and DJ—has produced records for Snoop Dogg, Kendrick Lamar, 50 Cent, and Busta Rhymes. Tickets will get you a taste of chef Tom's New Year's spread, access to the disco sparkle station and photo booth, surprises from the SLOQueerdos, and more. 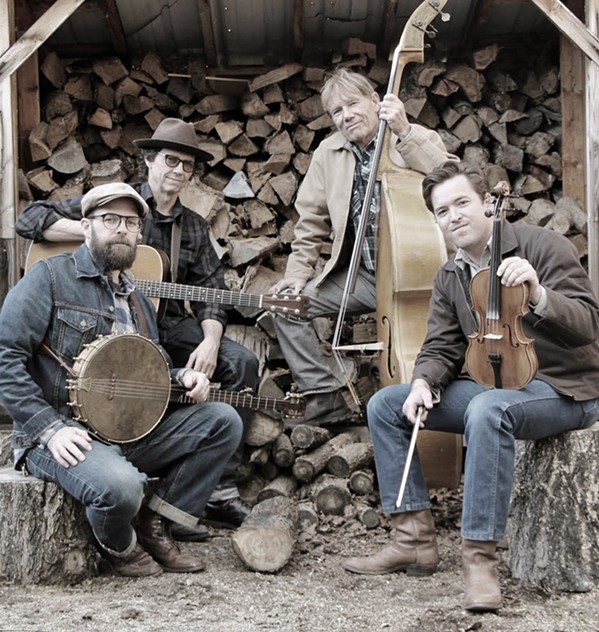 Stumble into the New Year with a benefit for the SLO Land Conservancy and music from the SLO County Stumblers at the historic Octagon Barn on Tuesday, Dec. 31. (6 p.m.; $15 at eventbrite.com; children under 12 are free). The Stumblers are an energetic American string band that formed in 2018 when fiddler Casey Meikle returned to California from Middle Tennessee. While living there, he became steeped in the region's musical traditions, traveling with a variety of Southern string bands. The Stumblers feature Stuart Mason on the guitar, Daniel Bohlman on the banjo, and Jerry James on the bass.

The band plays hard-driving old-time fiddle tunes and spirited songs, influenced by the golden-era string bands of the 1920s and '30s. Their performance is filled with humorous stories and banter, so you can definitely party like it's 1929. But you might want to dress warmly, because you'll be partying in a barn. A portion of the sales from the event will benefit The Land Conservancy of San Luis Obispo County. Tickets are available at the door. The event ends at 9 p.m. with an Appalachian New Year's countdown.

Unfinished Business with special guest Roy Henry will be at the Embassy Suites in SLO on Tuesday, Dec. 31 (6 p.m. to 12:15 a.m.; $95 at Boo Boo's and my805tix.com) for an evening of '60s rock and soul. With a new menu and 50 percent more dance floor, tickets will include live entertainment, dancing, a buffet dinner with cash bar service, and special overnight hotel rates.

Or you can hit up a New Year's Eve with the SLO POPs at the Performing Arts Center San Luis Obispo for a classy Night at the Oscars. Ring in the New Year with music from your favorite award-winning films such as 2001: A Space Odyssey, Casablanca, Dances with Wolves, ET, Jurassic Park, and more ($20 to $97; pacslo.org). You can also join them for a pre-concert supper catered by Popolo that starts at 6 p.m. Tickets are $65 per person. Δ