Correction: This article was corrected to accurately state the total amount of the three donations to Paulding's campaign was $450.

The donations total $450, with Christianson and Pease donating $100 each, and Gomez donating $250. The amount accounts for less than 1 percent of the more $47,752 Paulding reported raising in 2017. The donations were made by the council members as individuals, and do not reflect any official endorsement of his candidacy by the council. 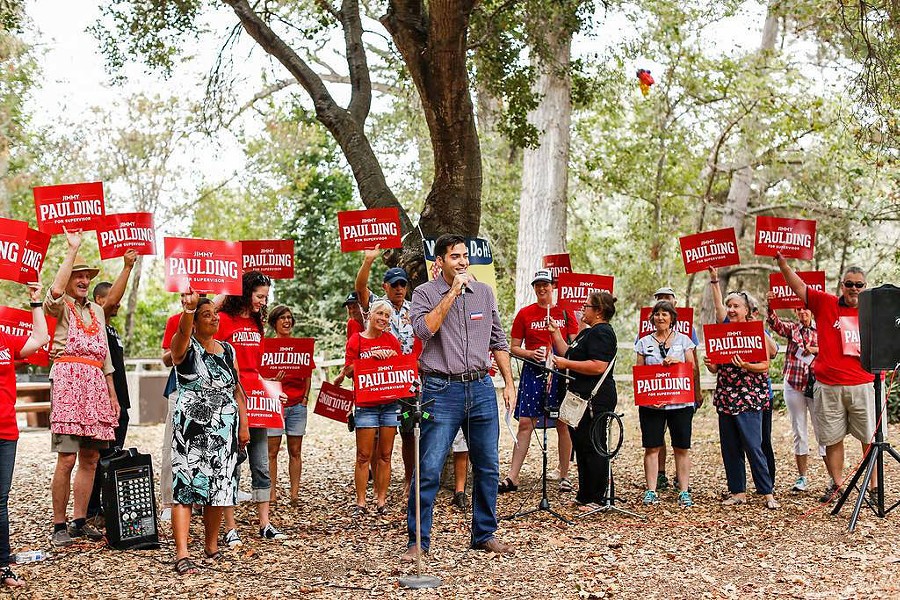 The city of SLO isn't located within Compton's district, therefore none of the SLO council members live within it either. However, Pease said that the decisions of the Board of Supervisors can impact the county as a whole, and praised Paulding as "well researched, intelligent, and thoughtful."

"I think he's a problem solver and will work well with a large array of people with different points of view," Pease said, stressing that she made the donation in her as a private citizen. "I think that's what we need at the county level."

Gomez made similar comments about his donation, noting that there were many people who work in SLO but live outside the city.

"Just because it is not in our city limits doesn't mean that there's no transfer of terms of other issues," he said.

Gomez said he donated to Paulding because he liked the candidate's experience and viewpoints on important issues and believed that Paulding would bring a "more balanced perspective" than Compton.

Christianson did not respond to a request for comment.

In a written statement to New Times, Paulding said that the board's decisions can have wide-ranging effects on the residents the county.

"The decisions of the Board of Supervisors impact everyone throughout the entire county, and they are rightfully upset that we have a board member who is bought by outside corporate interests," Paulding said.

Compton has raised $275,626 for her 2018 re-election bid, according to campaign finance reports, including $162,326 in monetary contributions and $113,300 in loans. Large donations to her campaign included $3,500 from Arizona-based Shea Homes, developers of the Trilogy at Monarch Dunes luxury housing development in Nipomo; $5,000 SLO based development company PEDP Inc.; and $6,950 from retired Los Osos resident Nicholas Cook.