A controversial new state housing law that's been called the "death of single-family zoning" isn't likely to soon have a big impact in the city of San Luis Obispo, according to local officials. But some residents remain skeptical. 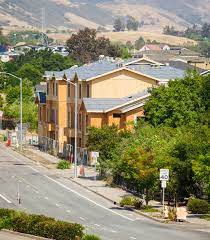 The law, pitched as a tool to fight the state's housing crisis, faces opposition from many residents who worry that it could degrade neighborhoods and residential quality of life.

"Density has its limits," SLO resident Genevieve Czech said in a Dec. 7 letter to the city, "as it has not only aesthetic impacts, but also crime, traffic, health and safety, and stress on resources, not to forget the tree canopy and wildlife."

Throughout November and December, locals pushed city officials to pass an urgency ordinance ahead of the new year to protect against SB 9 development, which other cities, like Santa Barbara, did.

But SLO opted not to, assuring that it already has objective design standards in place that will appropriately guide the "by-right" development allowed by SB 9.

"We are situated differently than a lot of other communities," SLO City Manager Derek Johnson said during a Dec. 7 City Council meeting. "They [Santa Barbara] just frankly did not have many of the objective design standards."

In a Dec. 8 presentation at the SLO Planning Commission, SLO officials also explained how they believe SB 9's provisions will reduce the law's impact in the city.

SB 9 requires owner-occupancy of a home three years before and three years after the construction of new units. About half of SLO's single-family homes are currently rentals, according to city staff.

"One thing we know is in the city of SLO, we have a very high rental percentage for our single-family homes," said Michael Codron, the city's community development director, at the meeting. "[50 percent] is a lower percentage than many communities across the state and would reduce the number of people who could pursue this type of project."

SLO also has a high percentage of lots smaller than 6,000 square feet and condo complexes in R-1 zones. All factored in, SLO officials don't see SB 9 making sense on most properties, and they estimate that only about 200 new units will spawn out of SB 9 over the next 20 years.

"That will need to be validated," Codron said.

Planning commissioners asked city staff to provide updates on SB 9 at future meetings in 2022. The city also says it plans to bring forward updates to its zoning and subdivision regulations later this year.