Despite improved COVID-19 conditions and a recent move into the red tier, the city of San Luis Obispo and local businesses continue to grapple with the fallout of the city's enforcement of state pandemic rules—where $26,000 in citations have been levied against six companies. 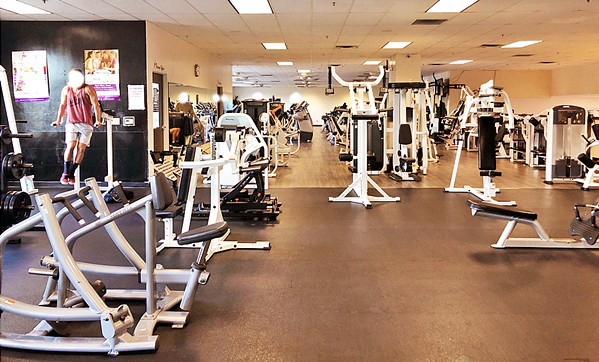 The most heavily cited of the six, Kennedy Club Fitness, lost its appeal on March 4 of two citations totaling $7,000 (it faces $12,000 in fines). The gym has been cited six times between September 2020 and February 2021 for allowing indoor exercise while the county was in the state's purple tier, when that activity was prohibited.

Each alleged violation is $1,000 under the city's COVID-19 emergency resolution. Kennedy could file a lawsuit to challenge the decision in court. The gym's managing partner, Brett Weaver, and his attorney, Jordan Cunningham, did not share with New Times whether they would do so before press time.

In December 2020, Weaver launched a GoFundMe page, "Help Kennedy Clubs Keep Our Community Healthy," which at press time had raised more than $17,500.

"We are now facing government imposed fines and legal fees for providing health and fitness to our community," the page reads.

Kennedy isn't the only local gym to be cited by the city during the pandemic. In August 2020, Club 24 was the first business in the city to get fined. The latest is the SLO Yoga Center, which was cited $3,000 in January and February for holding indoor classes.

"We were closed for over nine of the past 12 months, but as a matter of business survival, we held limited indoor classes for a few weeks while we were in the purple tier, which resulted in multiple fines by the city," SLO Yoga Center owner Stephanie Stackhouse told New Times.

Stackhouse said that the fitness industry has been "one of the hardest hit in the country" during COVID-19, and added that with "strict protocols" like mask wearing and good ventilation, indoor classes can be held safely. She said yoga classes "pose a much lower risk of COVID spread than many of the types of businessees that were allowed to operate in the purple tier."

"It's been difficult and confusing," Stackhouse said. "We are aware of many businesses that continued to quietly operate consistently over the past year, yet were never fined by the city."

SLO Yoga Center is appealing one of its citations, which Stackhouse said was issued "at a time when we were not holding classes."

City officials emphasized that they first focus on education and outreach to businesses before levvying fines.