Inspiration can come from the strangest of places. It’s well known (because I’m just now making it up) that Orson Welles came up with the idea for Citizen Kane when he saw an actual cane dressed in the garb of an early 20th century tycoon. For Drew Silvaggio, art director of the SLO Civic Ballet, the story behind his adaptation of Arthur Miller’s The Crucible begins in Southeast Asia of all places. 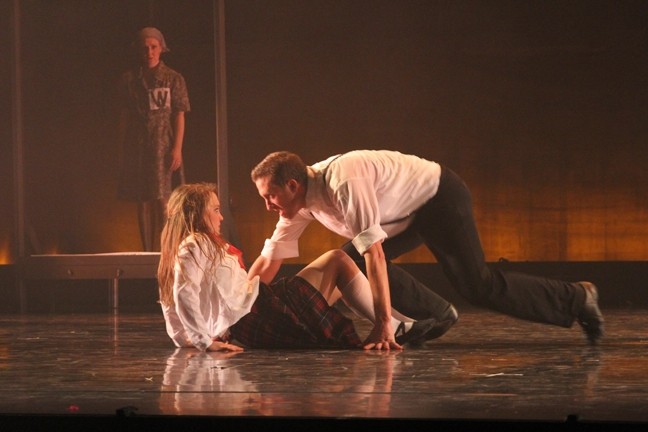 A few years ago, Silvaggio bought a ticket to Thailand on a whim. Two weeks later, he was relaxing on the beaches of that tropical paradise and enjoying the colorful nightlife when he saw something unforgettable—one of the country’s famous transvestite cabarets.

“She did a dance to ‘My Way’ where she started as a woman, with a tight spotlight,” Silvaggio recalled. “But unbeknownst to us, she was changing into a man. There were no parallels to The Crucible other than thinking: ‘This is art.’ In a moment, it was like I was totally there, thinking about the dancers. We should do The Crucible.”

Soon, he went back to his hotel and downloaded a sample of the play’s text on his iPad. This had what he was looking for. An emotional story? Check. Strong themes? Check. A cast of mostly women? Check. Check. Check.

Though, at first, The Crucible doesn’t seem all that easily translatable to dance. It’s an intricate and heavy story that follows the 1692 witch trials of Salem, Massachusetts. There’s a cast of more than 20 characters—ranging in age and gender—who all become mired in the furor of what may be witchcraft or what may just be the machinations of some conniving young women. Not to mention, the technical aspects of the play don’t exactly lend themselves to the speechless movement of dance. The Crucible is an intensely dialogue-heavy play, rife with long speeches, archaic dialogue, and a complex historical context.

But the bones of the story are what captivated Silvaggio, not necessarily Miller’s penchant for nuanced wordplay.

“With dance, you paint it broad and abstract,” he explained. “I created my own version of it, still based on The Crucible. Same characters, same plot. But my main charge was to capture the feel. Always, what attracted me about witch hunts was the hysteria.”

To adapt the piece, Silvaggio cut out everything but the show’s essential scenes and themes. He added videos throughout, featuring archival footage from the House of Un-American Activities hearings that inspired Miller to write the play, for context. The costumes are in line with this setting, with a mix of schoolgirl uniforms and “W” patches (for “witches”) that evoke the uniformity of both the 1950s and the restrictive 17th century. 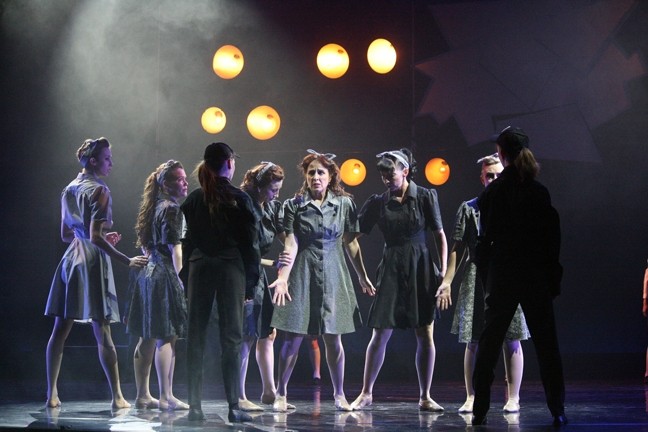 “The show is stripped down; the costumes are stripped down,” Silvaggio said. “They wear black shirts and black pants. There are no set pieces really. During rehearsal, I tell the dancers, ‘Get ready for act only!’ It’s one sweeping story that happens in front of you—a total cathartic adventure.”

It all begins with a blast. Dramatic fanfare echos from the speakers as a video introduces the story. Then, the frenzy begins. A throng of young women dash across the stage in a crazed and haphazard fashion. A staccato begins and the movements evolve into something even more chaotic as the group comes together. These are the young girls of Salem, Massachusetts, and they’ve come together to the forest for activities of a somewhat suspicious nature. They cast spells; they drink blood. Is it evil or is it self-exploration?

There’s an ambiguity to Silvaggio’s adaptation that mirrors the uncertainty at the heart of the play. For roughly an hour, we witness characters attack, shun, leap, and undulate as if possessed. We see a versatility of styles, from jazzy, Rockettes-style lineups to romantic pas de deuxs, human knots, and a particularly moving sequence set to—what else?—“My Way” by Frank Sinatra.

Arthur Miller could’ve learned a thing or two from Drew. The soundtrack, filled with such witchy hits as Nina Simone’s “I Put a Spell on You” and “The Devil Went to Down to Georgia,” injects an excitement into the material that can sometimes feel lacking in the play. All those Goody Putnams and Goody Proctors are bound to bog down a show, but not in this case. Though the Civic Ballet’s Crucible may not hew exactly to the play, it offers something new and energetic for those who both know the source material and those unaware. Unlike a play, dance can do what witches do—enchant in a very visceral way.

“Arthur Miller was revered for dialogue,” Silvaggio commented. “With dance, it’s the same. The difference is the type of dialogue. We’re using our bodies and [expressing] emotion through movement. Because it’s so simplified, I think it has a stronger impact. Ballet is story told through dance.”

Jessica Peña’s got a date to undulate. You can contact her at jpena@newtimesslo.com.