The San Luis Obispo City Council approved the final Garden Street Terraces plans at its Nov. 1 meeting, clearing the way for construction of one of the largest projects in the city. 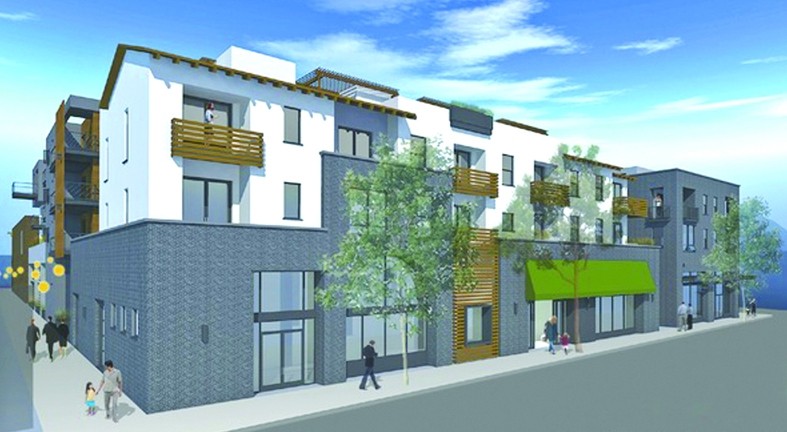 The council approved the 135,000-square-foot project planned for 1.1 acres between Broad, Garden, and Marsh streets. If and when it’s built, the project will include retail and residential development as well as a boutique hotel.

The vote was 4-1, with Kathy Smith voting against the project.

There was little doubt the Terraces would be approved. The council had already approved a multi-million-dollar low-interest loan to WestPac Investments, the project’s developer. Garden Street Terraces is a public-private project, a fact the developers brought up at the meeting.

The approved plan calls for building over a 62-space public parking lot without providing any onsite public parking. Under the memorandum of understanding approved by the council, WestPac will pay $1.86 million to the city, which equates to $30,000 for each lost public parking space. The city will loan WestPac $2.4 million, financed by city-issued bonds. The developers will also take out a 99-year lease on the city-owned former parking lot.

Opposition to the project has been strong since plans were initially submitted to the city in 2006, though detractors’ complaints have shifted in the last few years.

Initially, it was the massive size of the Terraces that aroused the opposition. The original design had the complex towering above the street, looking much like the 1980s-style malls that once dominated Southern California. The project shrank significantly as it wound through the city approval process: Its height came down from 75 feet to 50 feet and, because the physical footprint of the hotel is smaller, the Garden Street side of the Terraces will remain mostly the same.

More recently, Garden Street Terraces detractors focused on the design and colors of the complex. Project opponents said the design clashed with the city’s existing architecture and felt the gray and black palette were inappropriate for such a prominent project.

Most of the speakers at the meeting were against the project as currently designed. Opponents called the design physiologically depressing; stark, harsh, and industrial; bland; dark and foreboding; and perhaps most cruel, a structure that would be appropriate for Encino, not SLO.

Deborah Cash, executive director of the SLO Downtown Association, and others were enthusiastic about the project.

“This will bring a desperately needed hotel to downtown,” he said. “The design is fine. This is the one building I like downtown.”

Councilwoman Smith said she didn’t like the project and called it risky. She said the nearby bars might create a problem for the hotel guests and the residents who eventually live at the Terraces.

“We’re excited about moving the project forward,” said Hamish Marshall, the project developer. “The process is a good process. I think we have a better project. We have a ways to go but we’re through the first phase.”

The developers have said it will likely be two years before construction begins.