SLO County airport has big plans for a new terminal

However, plans for a new, expanded terminal and a desired $20 million grant from the Federal Aviation Administration could quickly change that. 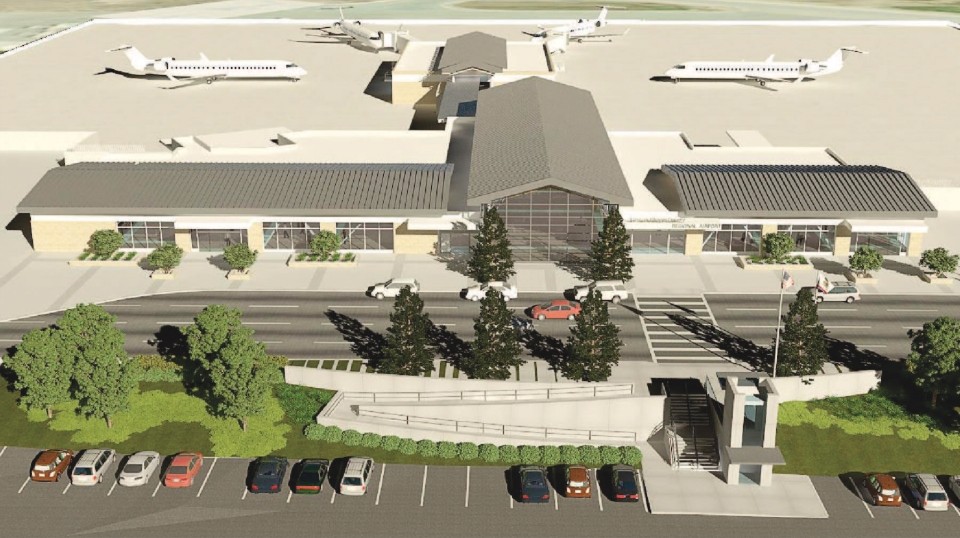 The SLO County Board of Supervisors will decide whether the airport can apply for that federal grant during its Oct. 28 meeting.

“We want to give the community a new facility, a more modern facility, and something that will last us well into the future,” Assistant Airport General Manager Craig Piper told New Times. “Our current terminal building is dated and tired.”

According to the staff report for the Oct. 28 meeting, the total estimated project budget is roughly $30 million. Airport staff aim to secure the $20 million FAA grant and fund another $7 million or so through passenger and rental car fees, with only about $3 million coming from “local funds.”

In terms of a rough timeline, Piper said the airport wants to submit its grant application ASAP, expects to hear back sometime in the spring, and—if all goes well—will seek final project approval from the board next summer, with construction beginning in late 2015.

Piper expects construction to take between 18 and 24 months.

“We’re confident that we can secure the FAA grant because it’s geared towards their objectives, and they’ve already given us two smaller grants as we’ve moved through this process,” Piper said.

The airport currently only offers flights to Los Angeles, San Francisco, and Phoenix, but Piper said the possibility of a new terminal—as well as passenger numbers that have ticked up since the 2008 recession—make airport staff confident that expansion of destinations is possible in the future.