Unsatisfied by a recent fiscal analysis of Monterey Bay Community Power (MBCP), the San Luis Obispo County Board of Supervisors wants to commission another to help it decide whether to join the Community Choice Energy agency, which is expanding to serve six SLO County cities over the next two years.

At its Oct. 1 meeting, county supervisors discussed the results of a $25,000 report done by accountants Alison Turner & Associates, which it contracted for this summer to detail the risks and benefits of joining MBCP. 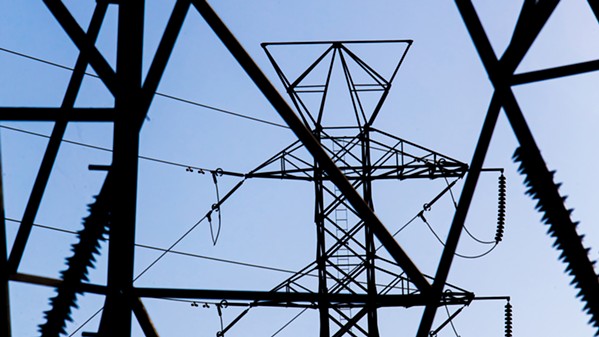 MBCP procures carbon-free energy on behalf of its customers while PG&E continues to deliver it over existing power lines.

The 12-page report found that MBCP, which launched service in 2018 in Monterey, Santa Cruz, and San Benito counties, had a "promising" first few years, but it warned against future fluctuations in the energy market that could create instability.

"We would want to have more historical knowledge before we felt comfortable making such a significant financial commitment," the report concluded.

Both the board's liberal and conservative members grumbled about the report's lack of depth and detail. In a 4-1 vote, the supervisors asked county officials to put out a new request for proposals for a more robust analysis, which could cost up to $80,000.

"I don't believe we have the information to make the decision," said 1st District Supervisor John Peschong.

Fifth District Supervisor Debbie Arnold was the lone dissenting vote, believing the county should simply revisit the idea of MBCP in a year.

"Why are we going to spend $80,000 right now to get a different version of the same thing?" Arnold asked.

The cities of SLO and Morro Bay start service with MBCP in January 2020, while Paso Robles, Pismo Beach, Grover Beach, and Arroyo Grande will enroll in 2021.

SLO County missed the deadline to join those latter jurisdictions with MBCP in 2021. The board likely has until late 2020 to decide if it wants to join for 2022. Δ