With COVID-19 exploding across the state and sending more patients to the hospital than ever, San Luis Obispo County hospitals are comparatively less busy battling the virus—at least for now.

At press time, SLO County had 12 residents hospitalized with COVID-19, with one in intensive care, despite having more than 800 active cases. Thirty-eight people have died of the virus since March. 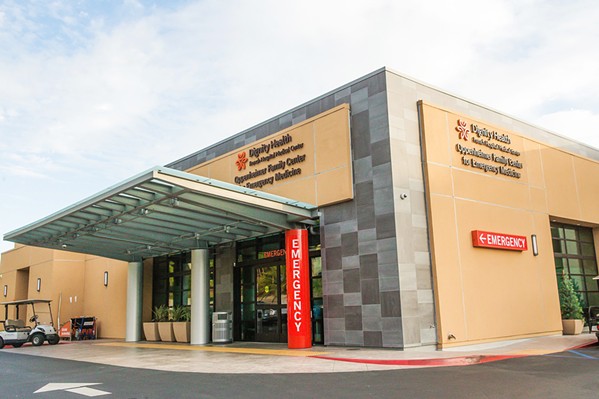 SLO County is faring significantly better with the virus at press time than others in California. While Los Angeles County grapples with a per capita hospitalization rate of 25.5 per 100,000 residents, SLO County's is 3.5 per 100,000 residents, according to a CalMatters tracker. That ranks as the second lowest rate among all coastal counties, trailing only Del Norte County.

Yet SLO County remains in the state's most-restrictive purple tier due to high raw case counts. On Nov. 30, Gov. Gavin Newsom signaled that he may adopt a new, stricter stay-at-home order that would apply to all purple tier counties—citing overwhelmed hospitals.

SLO County Public Health Officer Penny Borenstein has attributed SLO's relatively low hospitalization rate to the fact that most recent infections have been in people age 30 or younger. Current hospitalization numbers have not yet reached the previous peak set over the summer during the last surge in cases.

While SLO County will be in the purple tier for at least three more weeks, there's some reason for optimism. On Dec. 2, the county added 33 cases, a day after adding 34. Both tallies were much lower than the daily counts that led up to Thanksgiving.

In early November, Borenstein predicted that case counts would drop around this time once Cal Poly students went home for Thanksgiving and winter breaks.

"At least on-campus students will be vacating as of Nov. 20. That will contribute to seeing lower numbers," Borenstein said on Nov. 11. Δ