San Luis Obispo County may start giving developers more opportunity to weigh in on environmental impact reports and increased access to planning staff as part of an effort by county supervisors to make local reforms to the California Environmental Quality Act (CEQA).

Proposed changes to the county CEQA process include giving builders a chance to comment on the "administrative draft" of an environmental impact report (EIR)—a document traditionally kept in-house before the release of a draft EIR—as well as establishing "consultation milestones" with applicants throughout a project's environmental review.

Consultation milestones could mean developers get a chance to "sign off" on their project descriptions and be alerted of new information of "concern" as a project moves through environmental review, according to a Dec. 5 county staff report.

CEQA is a state law, but counties and cities have the ability to tweak how it's administered in their region.

In February, the SLO County Board of Supervisors asked its staff to study possible reforms to CEQA to make it more efficient. As part of that process, county staff interviewed members of a "CEQA working group" formed by local development industry members. 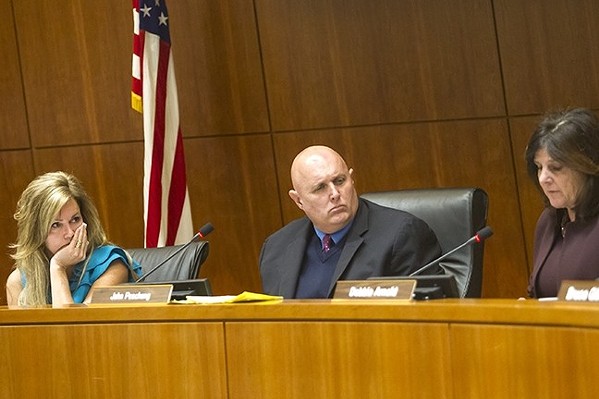 They also surveyed 26 other jurisdictions about their CEQA policies. Two counties—Santa Barbara and Sacramento—make their administrative draft EIRs publicly reviewable.

"[SLO] County doesn't currently circulate the administrative draft, and this is really because an EIR is intended to and supposed to reflect the independent and objective analysis of that lead agency," said Rob Fitzroy, the deputy director of SLO County Department of Planning and Building,

Presented to the Board of Supervisors on Dec. 5, the proposed CEQA reforms were met with support from the development community—including the SLO Chamber of Commerce, Homebuilders Association of the Central Coast (HBACC), and the Economic Vitality Corporation—and opposition from environmental and transparency advocates.

"The way that CEQA is administered in this county is broken," said local land-use attorney Sophie Treder. "I would challenge you to find any private applicant that has been through the CEQA process in this county in the last 10 years who would say otherwise."

Environmental group representatives from the Sierra Club, Coastkeeper, and the Surfrider Foundation argued that more collaboration between the county and developers could jeopardize the integrity and objectivity of the CEQA process.

"We see the consultation milestones to be something that would bog down the process and could turn into more backroom dealings," said Brad Snook, chair of the SLO County chapter of the Surfrider Foundation.

"As the county reserves the final right to comply or not with the applicant's comments, the integrity of the process is not compromised," James said.

The Board of Supervisors voted unanimously to continue the item to this spring to give its staff more time to conduct stakeholder outreach as well as analyze a recently published set of state revisions to CEQA.

Supervisors were split in their sentiment about the proposal—in addition to the process that led to it. Supervisors Lynn Compton (4th District) and Debbie Arnold (5th District) expressed support for making CEQA reforms down the road.

"It's important to me that we really review this and take it seriously," Arnold said. "It's a part of a bigger package we're trying to address."

Supervisors Bruce Gibson (2nd District) and Adam Hill (3rd District) were critical of what they said looked like a one-sided effort by the industry to push policy change.

"If the development community is sincerely interested in improving the CEQA process, I think it's in their interest to engage the environmental community and other public interest groups in this, and any such suggestions will certainly get much more respect and consideration," Gibson said.

The CEQA reforms at the state level, published in November, place a new focus on greenhouse gas impacts and a project's effect on climate change, as well as an expanded review of water supply impacts.

They also encourage localities to adopt their own "thresholds of significance," which can then be used to determine if a project may have significant or insignificant impacts.

In SLO County's survey of other CEQA policies, two counties have adopted their own thresholds of significance. Establishing thresholds was also one of the items included as part of the county's CEQA reform package. Δ

Staff Writer Peter Johnson can be reached at pjohnson@newtimesslo.com