According to court documents, Richard Giuli allegedly unlawfully killed Grant, without malice, while making a left turn across Highway 101 at El Campo Road.

Assistant District Attorney Eric Dobroth said Giuli is scheduled to appear at the San Luis Obispo Superior Court on April 25 for his arraignment. Dobroth said Giuli will be formally informed of the charges against him and will have the opportunity to enter a plea. 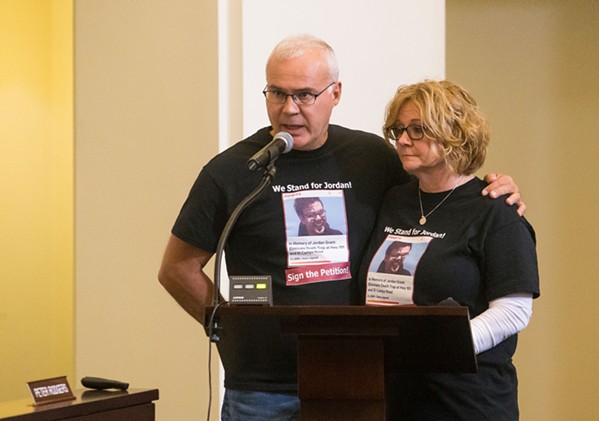 Grant's father, James Grant, told New Times that he's glad that charges are being pressed, because, in his view, Giuli is guilty.

"But our judgment does need to be moderated because he should not have been allowed to have that opportunity to make that mistake, and that's really the responsibility of Caltrans and the other jurisdictions that control that intersection, so we have to remember that in our judgment of him," James said.

According to the California Highway Patrol, on Oct. 7, 2018, Grant was driving his motorcycle on Highway 101 when a BMW was in the process of making an unsafe left turn at the El Campo intersection in front of him. Grant slid into the left side of the car and was fatally injured.

The court documents allege that Giuli was the driver of the BMW.

Grant's death sparked a movement by his parents and supporters to urge local officials to partially close El Campo and three other intersections between Traffic Way and Los Berros Road along Highway 101.

The San Luis Obispo Council of Governments approved the proposed partial closure on April 3, and on April 23 the SLO County Board of Supervisors approved a letter of support for the proposal to Caltrans.

"We know people shouldn't be making those left-hand turns. And we don't know if [Giuli] knew that or not, but we know it, and we have to consider that as this criminal proceeding moves forward," James said. Δ