Following a report about groundwater conditions in the Adelaida region of the North County on Feb. 26, the Board of Supervisors voted unanimously to have its staff look at how it could increase the level of review and discretion the county has over approving or denying well applications. 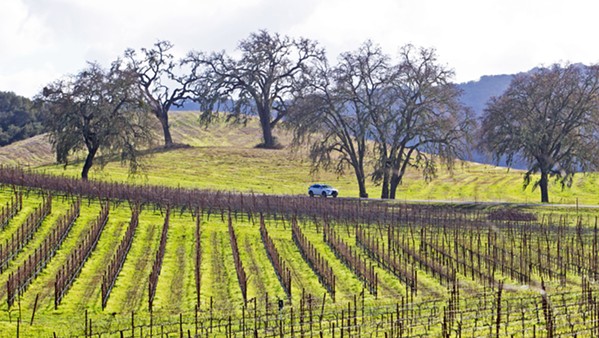 The board's direction was spurred in part by continued concerns out of Adelaida—the region west of Highway 101, between Paso Robles and Templeton—about a surge in agriculture and its resulting effect on the area's water supply, which lies below the ground in a maze of interconnected fractured rock.

Led by 5th District Supervisor Debbie Arnold, the county board on Feb. 26 debated the best direction for new policies. Arnold suggested reforming the well permitting process, so that any system of a certain size is subject to more vetting, review, and discretion.

"If we start to control and put some discretion on the systems we're permitting out there, we're going to see a big change," Arnold said.

Currently, the county Public Health Department processes all well permits over the counter, with only applications for deep wells into the Paso Robles Groundwater Basin (to the east of Highway 101) required to submit further documentation.

But county officials warned that overhauling well policies could be legally tenuous without more data and technical information to document the groundwater woes. According to a memo prepared for the meeting by private firm GSI Water Solutions, a study of groundwater in Adelaida would cost between $140,000 and $420,000. In lieu of that, the supervisors instead directed county staff to ask the U.S. Geological Survey if the agency was interested in commissioning a study.

In a statement to New Times, SLO County Farm Bureau Executive Director Brent Burchett said any future well regulations "ought to be based on scientific evidence applicable to specific local conditions."

"Until we understand the unique water challenges in a given area, we cannot make good policy decisions," Burchett said on behalf of the organization.

The board will receive an update in late May on the potential policies.