After a decade-long process, the California Fish and Game Commission voted in April to designate roughly 12,168 acres of state-owned land in SLO County as the North Carrizo Ecological Reserve. 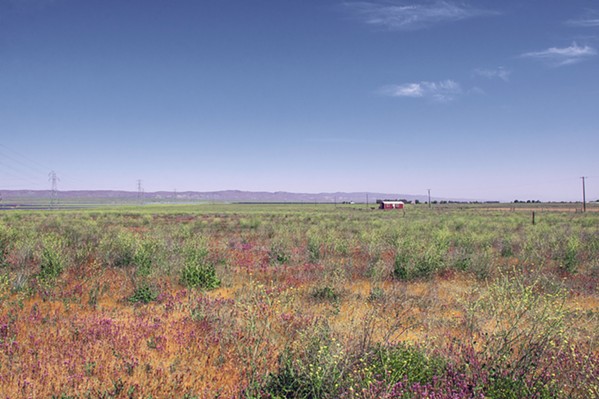 According to the California Department of Fish and Wildlife, the parcel between the La Panza Range and the Temblor Mountains is home to species listed as threatened or endangered under the federal Endangered Species Act. These include the San Joaquin kit fox, giant kangaroo rat, and vernal pool fairy shrimp. The area also supports a herd of approximately 200 tule elk, a native elk found only in California.

Los Padres ForestWatch Conservation Director Bryant Baker said the designation adds to a large network of protected land in the area that allows wildlife to thrive.

"What that does is it helps create these protected corridors that wildlife can move across, instead of wildlife constantly encountering development or fencing," Baker said.

"I think it sort of signifies this movement toward protecting more land especially in areas that are really sensitive and unique like this," Baker said. "It's such an interesting aspect of all of this is that in a time where we're seeing a lot of threats to public land at the federal level. It's just really great to see the state making these strides to protect more land."

The new reserve surrounds the Topaz Solar Farm, which had to create a proposal 10 years ago to offset ecological impacts from the solar farm's construction and operation.

In response to Topaz's 2010 project plans, national and local wildlife organizations—including North County Watch and Carrizo Commons—expressed concerns over the potential impacts of a massive energy project on the wildlife in the area, Baker said. The Center for Biological Diversity, Sierra Club, and Defenders for Wildlife threatened Topaz with a lawsuit that ended in a settlement agreement including additional land preservation.

Topaz set aside more than 18 square miles of mostly contiguous land for permanent protection, and it agreed to decommission its solar farm after 35 years, restore the site to natural conditions, set up a conservation easement on the land, and create an endowment so the land can be managed in perpetuity.

Mitigation lands, which Topaz purchased from adjacent landowners, was transferred to the Department of Fish and Wildlife in 2013, paving the way for the new ecological reserve designation, Baker said.

The North Carrizo Ecological Reserve will not be open for general recreation, however Fish and Wildlife indicated that it may provide a limited number of hunting opportunities on the reserve each year. Δ

Correction:  This article has been updated to reflect the number of ecological reserves in SLO County. It previously stated there are now three but there are now five.