As San Luis Obispo County ramps up enforcement against illegal cannabis grows in the area, officials say they are investigating what appears to be a large, unlicensed cannabis farm on land owned by former Republican Lt. Gov. Abel Maldonado. 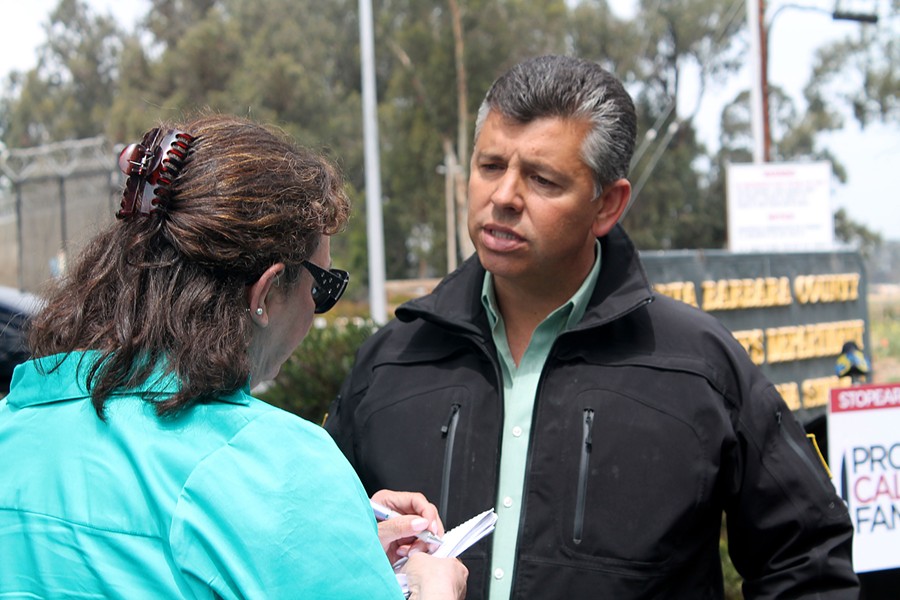 Discovered recently by the SLO County Sheriff's Office, the farm in question is "at least 30 acres" in size and located "on a large parcel" in South County, according to county Code Enforcement Supervisor Art Trinidade.

Trinidade declined to disclose specifics about when and where it was found.

"We are investigating the site owned by the Maldonado family," he told New Times on Aug. 7.

In response to the investigation, Maldonado—a Santa Maria Valley strawberry farmer, former Santa Maria mayor, and a recent contender for secretary of agriculture in the Trump administration—told the county that the farm is growing hemp, not cannabis.

Trinidade said the plants are too early in their growth stage to determine which they are.

"At this point, anyone can say, 'Those aren't cannabis plants,'" he said. "Frankly, it does require a lab test. At a young age, it does look very, very similar."

Growing commercial cannabis in SLO County requires both local and state approvals—a process that dozens of hopeful cannabis industry members are currently going through. Maldonado's site is neither licensed by the state nor en route to receiving permits from the county, according to Trinidade. The estimated 30-acre grow would be considered a "large" cannabis farm by state licensing criteria.

While the county does not track or regulate hemp, hemp does require state registration. Trinidade said Maldonado has yet to prove that the plants are in fact hemp and part of a properly licensed research operation. If it proves to be a cannabis farm, Maldonado could face fines from the county, and the grow may have to be abated.

"There's a process," Trinidade said. "If necessary, we'll have to go through a cannabis hearing officer."

SLO County is currently undergoing an extensive effort to crack down on illegal cannabis operations. Dozens of unpermitted grows, mostly in the California Valley, are going through enforcement hearings that result in fines and abatement.

Maldonado did not return requests for comment from New Times before press time. He told the Santa Barbara Independent that he's started to lease 4 acres of farmland near Santa Maria to a licensed medical cannabis cultivator, according to an Aug. 6 article.

"Let's just say that my thinking [on cannabis] has evolved," Maldonado told the Independent. Δ