San Luis Obispo County is bound to the state's framework for reopening its economy, despite its work over the past month to develop a localized START Guide. 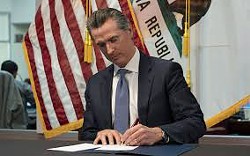 While the county hoped that the state would allow local jurisdictions to chart their own paths forward from the COVID-19 crisis, Gov. Gavin Newsom is approaching the task of reopening from the top down, revising his March 18 stay-at-home order rather than rescinding it.

SLO County officials say that the state's Resiliency Roadmap is what residents should refer to to learn what types of businesses and community facilities will reopen and when.

"At this time, the main document and the main area for guidance and phases and timing of moving forward, our public should really look to the state's Resiliency Roadmap," SLO County Public Health Officer Penny Borenstein said on May 11.

On May 8, California entered in to early Phase 2 (of four) of that plan, which allows some retailers to reopen for curbside pickup.

Individual counties that believe they are ready to move faster along the state's timeline can submit attestations of their readiness, based on a variety of health data criteria. Right now, those attestations, if approved, allow counties to move deeper into Phase 2, where dining in restaurants and shopping in retail stores is allowed.

SLO County has submitted an attestation but hadn't heard a response from the state as of press time. Eleven counties received approvals as of May 13: Amador, Lassen, Nevada, Placer, Plumas, Shasta, Sierra, Tuolumne, Tuba-Sutter, Butte, and El Dorado.

With low case numbers, deaths, and hospitalizations, Borenstein hopes SLO County can get the state's go-ahead. But the county appears to fall short on at least one metric: cases per 10,000 people. The state wants just 1 case per 10,000 people over a two-week period; SLO's was at 51. But Borenstein is emphasizing SLO's few cases of community spread to the state.

"That's the case we're making for why we're ready to move forward," she said, "based on having a community transmission rate that's less than 1 per 10,000 population."