Fearing an influx of unregulated grows, the San Luis Obispo County Board of Supervisors passed a commercial hemp moratorium at its June 18 meeting.

County supervisors voted 4-1 to adopt an urgency ordinance prohibiting all local hemp cultivation, with exceptions for research grows and about a dozen others that already received approvals from the SLO County Department of Agriculture. 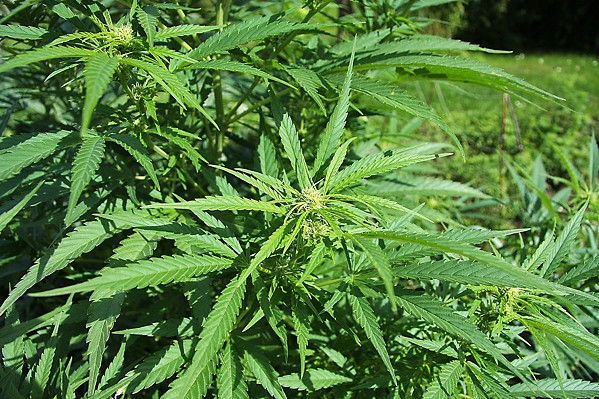 All other hopeful hemp producers—including a few dozen who submitted applications, paid a $900 fee, and were awaiting approval—are now stopped in their tracks as the county goes to the drawing board for a permanent hemp ordinance.

"For us, it's about reducing conflict and ensuring compatibility," 5th District Supervisor Debbie Arnold said.

County officials say the moratorium buys them time to craft hemp regulations that will address setbacks, zoning, parcel sizes, and other requirements for hemp grows.

"There are some problematic things with [hemp]," 4th District Supervisor Lynn Compton said. "I don't think you can just put it willy-nilly anywhere."

Prior to the meeting, several Edna Valley residents and businesses submitted letters expressing support for the hemp moratorium. The letters indicated there was at least one active hemp grow in the area.

In one letter, Bob Schiebelhut, president of the Edna Valley Growers Mutual Water Company, wrote that Edna Valley vintners were "extremely concerned" about how an unregulated hemp market would impact the valley's vineyards and tasting rooms.

"Hemp can be grown to the edge of an adjacent agricultural parcel without regard to the effect of hemp's noxious 'skunk' odors," Schiebelhut said in the letter. "So our tasting rooms are to shut down for weeks during the flowering season due to foul odors? ... The unregulated growing of hemp in the Edna Valley is a real threat to existing ag."

"I need to be responsive to my growers in Edna Valley," Hill said. "I'm very conflicted and very cautiously looking at this."

Several local groups, industry members, and residents spoke out in strong opposition to the moratorium, including the SLO County Farm Bureau and the Coalition for Labor, Agriculture, and Business.

Opponents called the ordinance an unnecessary knee-jerk reaction to a promising new industry.

"Many hours of planning and many dollars have been spent by law-abiding farmers to prepare lands," said Frank Brown, a registered local hemp grower. "There is no urgency here. We don't need a moratorium."

Second District Supervisor Bruce Gibson, the lone dissenting vote, called the policy a "stretching" of the board's urgency ordinance powers, if not their "outright abuse."

"We don't have evidence of harm," Gibson said. "What we have is quite a lot of speculation and fear."

Gibson also warned that the moratorium could stay in effect for longer than many anticipate. On July 16, the board will vote whether to lift the moratorium or extend it for another year. By then, county officials indicated they'll only have a framework for a long-term hemp ordinance—but nothing ready for adoption.

"In 45 days, none of the fundamental questions in play here are going to be anywhere close to being answered," Gibson said. Δ