A few months ago, it was one of San Luis Obispo County's first permitted cannabis farms.

Now, beleaguered by an appeal, lawsuits, and bad blood, a proposed cultivation site in west Templeton is dead for the time being.

On July 16, the SLO County Board of Supervisors rescinded Frank Ricigliano, Roberto Covey, and Laura Gardner's minor use permit to grow 22,000 square-feet of indoor cannabis on agricultural land off York Mountain Road.

The board's action came at the request of the applicants, who claim they face upward of $500,000 in costs related to ongoing litigation.

"The project is no longer economically viable," read a July 9 letter the applicants sent to the county. 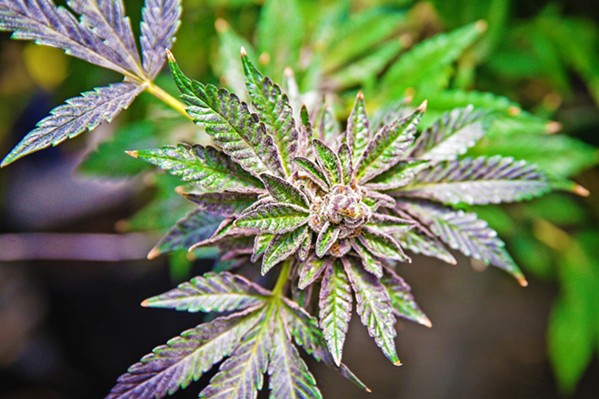 The York Mountain Road project was first approved in 2018 as a 3-acre outdoor grow and greenhouse on a 77-acre parcel owned by Ricigliano and Susan Sullivan.

Ian McPhee, owner of McPhee's Grill in Templeton, appealed its approval to the Board of Supervisors. He and others who opposed it alleged that the grow was incompatible with the neighborhood and would have undesirable impacts.

In response to his appeal, the applicants agreed to cancel plans for the outdoor grow. They also entered into an agreement with McPhee on March 26 promising to not cultivate outdoor cannabis for 20 years.

But after clearing the appeal, on May 1 "Save York Mountain," a resident group, hit the applicants and county with a lawsuit. The suit alleged that the project, which included 30,000-square-feet of buildings, skirted proper environmental review.

While it was the county that exempted the project from California Environmental Quality Act regulations, the applicants had to defend the lawsuit.

"The conditions of approval on the project require the applicant to defend and indemnify the county in the event of litigation," County Counsel Rita Neal told New Times via email.

As that lawsuit carried on, on July 8 McPhee filed a new lawsuit against Ricigliano.

That suit claimed Ricigliano planted 15 acres of hemp on the property, thereby violating the terms of their "no outdoor cannabis" agreement.

"Definitions [for cannabis and hemp] are virtually identical," the complaint reads. "[McPhee's] concerns stemmed from the quality of life impacts (odor being the most significant) that cultivation of cannabis in open air would have on the surrounding area and its inhabitants. The THC content of the particular strain of cannabis plant was never the issue; the plant itself was."

On July 19, Ricigliano and Sullivan fired back with a lawsuit of their own. It claims McPhee violated the agreement.

It accuses McPhee of supporting and/or helping fund the lawsuit of Save York Mountain—that he "intentionally duped [Riciligliano and Sullivan] into agreeing to a vastly reduced cannabis cultivation project ... knowing that the lawsuit would be filed immediately after that project was approved."

It acknowledges the industrial hemp grow but argues hemp doesn't fall under the definition of outdoor cannabis described in their agreement.

The suit further alleges that McPhee used fraudulent signatures and doctored photographs to bolster his appeal of the project.

"Despite [McPhee's] fraudulent conduct, due to close political connections, plaintiffs were required to make concessions," the complaint states.

Michael McMahon, McPhee's attorney, declined to comment on the cases. Ricigliano, Sullivan, and Covey could not be reached for comment before press time.

Gardner—whose registration of a prior medical cannabis collective made the project eligible to permit—told New Times that the outcome is "disappointing, to say the least."

"The county Board of Supervisors set up guidelines they wanted people to go by, and our team went by those guidelines every time," Gardner said. "The landowners did more than their share of reaching out and sending olive branches. They were harassed so badly and unfairly."