A San Luis Obispo County resident is suing Juul for what he claims is the e-cigarette manufacturer's failure to adequately warn consumers that its products could cause harmful health effects. 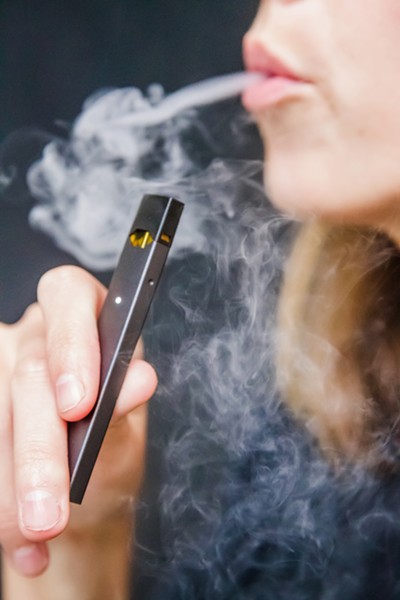 On Nov. 7, Nick Limpangug filed a complaint in SLO County Superior Court against Juul Labs Inc. and several of its employees, demanding a jury trial and accusing the company of negligence, fraudulent misrepresentation, breaches of implied and express warranty, and deceit by concealment, among other charges.

In the complaint, Limpangug's lawyers argue that while there's clear evidence of the potentially harmful health effects caused by both long- and short-term use of Juul's e-cigarettes, the company has consistently promoted its products to young adults and teens as a trendy and safer alternative to traditional tobacco products.

"Since the science has developed, we have found that Juul is a wolf in sheep's clothing, delivering as much or more nicotine and harmful chemicals as bigger, more conspicuous e-cigarettes," the complaint reads. "What has been marketed and sold as a fun, harmless, and trendy pastime is anything but that."

The complaint also says that Limpangug began using Juul as a young adult and has sustained and continues to suffer "severe personal injuries" because of Juul, including medical expenses, physical pain, mental anguish, diminished enjoyment of life, and loss of earnings. Although the complaint doesn't specify what medical ailments Limpangug is facing, it does say he will likely struggle with continued medical problems.

This suit is the latest example of locals taking a stand against e-cigarettes and vapes, which have become popular among teens and young adults within the last few years.

As hospitalizations and deaths related to e-cigarette use and vaping have become increasingly common across the nation, several local jurisdictions—including Atascadero, Morro Bay, and Arroyo Grande—have considered all-out bans on the sale of e-cigs or the fruit- and candy-flavored juices that are often blamed for the prevalence of vaping among teens.

In his case, Limpangug is seeking past, future, and punitive damages, according to the complaint, and fiscal coverage for medical expenses, loss of earnings, attorney's fees, and the cost of the suit. A case management conference is scheduled for March 11, 2020, at 9 a.m.

Juul Labs and counsel for Limpangug were unavailable for comment before press time. Δ