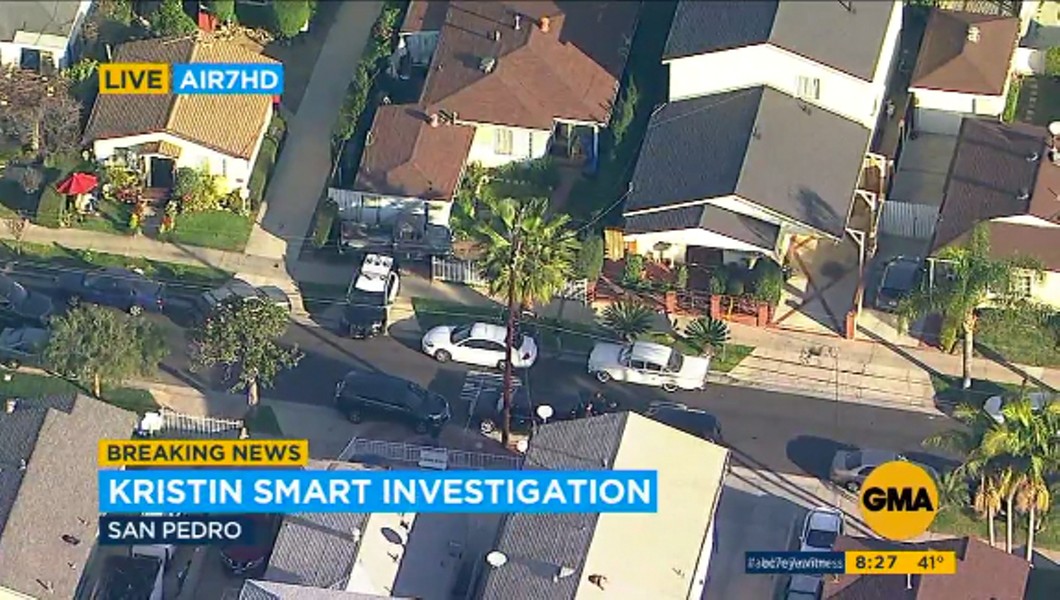 San Luis Obispo County Sheriff's Office deputies and FBI personnel placed red caution tape with the phrase "Danger Do Not Enter" around the front of Susan Flores' Arroyo Grande home on Feb. 5. She's the mother of Paul Flores, the last person to see 19-year-old Cal Poly student Kristin Smart before her disappearance in 1996.

When law enforcement officials emerged from the home, a small crowd of people standing across the street yelled, "dig up the yard," "dig her up," and "justice for Kristin," while taking photos and videos with their cellphones that they then posted to various social media accounts.

That morning, the SLO County Sheriff's Office released a statement announcing it was serving search warrants for four separate locations in California and Washington—in connection with the active and ongoing investigation into the disappearance of Smart. Two of those locations, according to the statement, were in San Luis Obispo County, one was in Los Angeles County, and one was in Washington state.

"The search warrants are limited in scope, and sealed by the court. As a result, we are precluded by law from disclosing any further details about them," the statement said.

Around 9:30 a.m. law enforcement officials exited Susan's home with a computer, brown paper bag, and a storage bin. Minutes later, the caution tape was removed, and officials left the scene.

On the same day in San Pedro, according to ABC7 Eyewitness News—a local broadcast news station in Los Angeles—FBI personnel and Los Angeles County Sheriff's deputies served a search warrant on the residence of Paul Flores. Paul was detained by law enforcement during the search but later released.

The search warrants were issued on the heels of the SLO County Sheriff's Office's Jan. 29 announcement that it had taken two trucks into evidence that belonged to members of the Flores family in 1996. On the same day, the office released information about the work it had done on the case since 2011—when Sheriff Ian Parkinson and Detective Clint Cole inherited the 1996 case.

The office stated the Sheriff's detective division has "a team of investigators and forensic specialists who are actively working on the Kristin Smart case."

Smart was reportedly last seen leaving a party at 135 Crandall Way near Cal Poly on May 25, 1996, with Paul and another friend. Paul told investigators at the time that he and Smart parted ways on the Cal Poly campus near Santa Lucia Hall student dorms.

Momentum and interest in the case was ignited in the last year with the podcast Your Own Back Yard—created by Central Coast native Chris Lambert—which not only revisited the unsolved case but investigated new tips and information received from the public. Δ