SLO County Supervisor Lynn Compton is part of a lawsuit for failing to pay $5.3 million in debt

Simplot alleged that the debt is from the four years prior to the June 7 complaint, which the company filed with the San Luis Obispo County Superior Court. The lawsuit states that Valley Farm Supply failed to pay timely invoices for goods and services purchased on credit. On Feb. 4, 2008, Valley Farm entered into a commercial sales agreement with Simplot, according to the lawsuit, with Peter as the corporate president of Valley Farm. Peter is still listed as Valley Farm's corporate president. 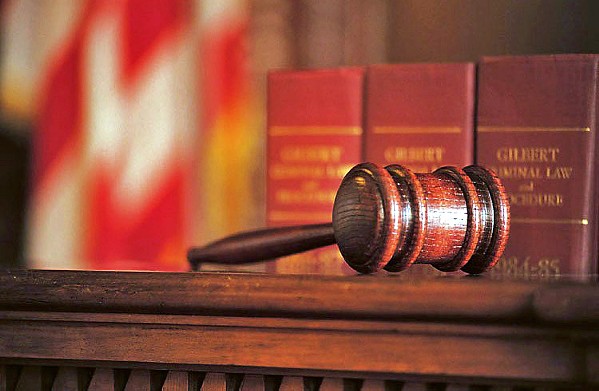 The lawsuit claims that the business obtained the ability to purchase goods (chiefly fertilizer and agricultural chemicals) on credit from Simplot with the promise to pay the total amount due on each invoice/customer statement, in accordance with the payment terms.

According to the lawsuit, on May 22, 2013, Simplot received an assurance of payment through a continuing personal guaranty on behalf of Valley Farm, executed by the Comptons.

Simplot sent invoices to Valley Farm, according to the lawsuit, and those invoices were at least partially unpaid, resulting in a balance of $5.3 million with more than $1,100 in interest accruing daily.

On Aug. 1, 2018, Simplot sent Valley Farm a delinquency in the company's accounts and demanded payment—the first demand letter according to the lawsuit.

In a letter written prior to the filing of this lawsuit, Valley Farm took the position that Lynn's signature on the guaranties was forged and that she had no liability, the lawsuit claims. According to the lawsuit, Peter told Simplot through an attorney that he agrees with Lynn's contention that her signature was forged.

The lawsuit states that Simplot didn't know that Valley Farm was transferring some of its real property assets. In May, Simplot obtained reports on the condition of title for each of the once-trust-owned properties. The lawsuit states that the company found that with awareness of the balance owed to Simplot, Valley Farm began transferring multiple properties out of the trust in what seems "quite clearly to be an attempt to place that property beyond Simplot's reach" between November 2018 and February 2019.

Simplot has demanded that Peter pay the due balance, but he has refused to do so, the lawsuit claims.

As of June 13, none of the defendants listed on the lawsuit had filed a response in court. New Times reached out to Lynn and Peter for comment but didn't receive a response before press time. Both parties must appear for a first case management conference on Oct. 15, 2019. Δ