Water, public health, and community grant programs are getting the largest chunks of San Luis Obispo County's $54.9 million share of the American Rescue Plan, as the Board of Supervisors discussed the funds and made preliminary allocations on June 15.

Assistant Administrator Guy Savage said that those categories of spending were explicitly allowed under the Rescue Plan, and the discussions on June 15 helped county staff get a sense of what the board's priorities were.

"With the exception of broadband, water, and sewer, we didn't identify specific projects [for the funds]," Savage said. 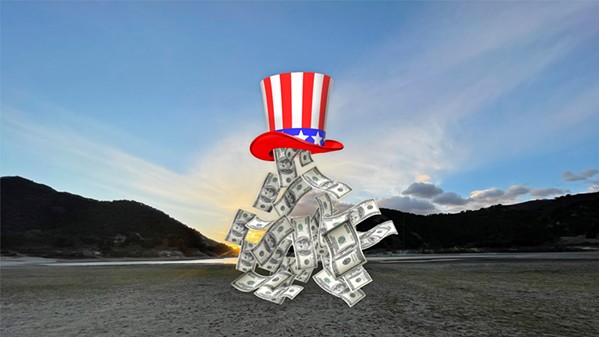 The Rescue Plan money has to be spent over the next five years, but the board is not locked in to the funding allocations. SLO County received its first installment of $27.5 million on June 7, with the second half coming in one year.

Within the public health and negative economic impacts response category, the board earmarked $14 million for public health emergency response; $9 million for a business, nonprofit, and child care grant program; and $6 million for housing and homelessness.

The board did not entertain a First 5 SLO request to dedicate 5 percent of the grant funding to only benefit children, but it encouraged children's programs to apply. A push from 5th District Supervisor Debbie Arnold to take some funds from the housing and homelessness category didn't get traction. Arnold said she thought the state's budget would be providing sufficient money for homelessness this year.

"I feel like that can really be duplicative in that we're going to have a lot state dollars coming down for that same purpose," Arnold said.

Savage said over the next few months, county staff will work to develop a process for the public to apply for the business, nonprofit, and child care grants. One example of a proposal could be a grant for a restaurant parklet, he said.

The water allocation will help pay for a Salinas Dam study, a study of Adelaida groundwater, and other projects. Δ