On May 5, the SLO County Board of Supervisors passed a hemp ordinance that sets stringent requirements on growers in an effort that four supervisors said is about distancing hemp away from communities, residents, and other types of agriculture. 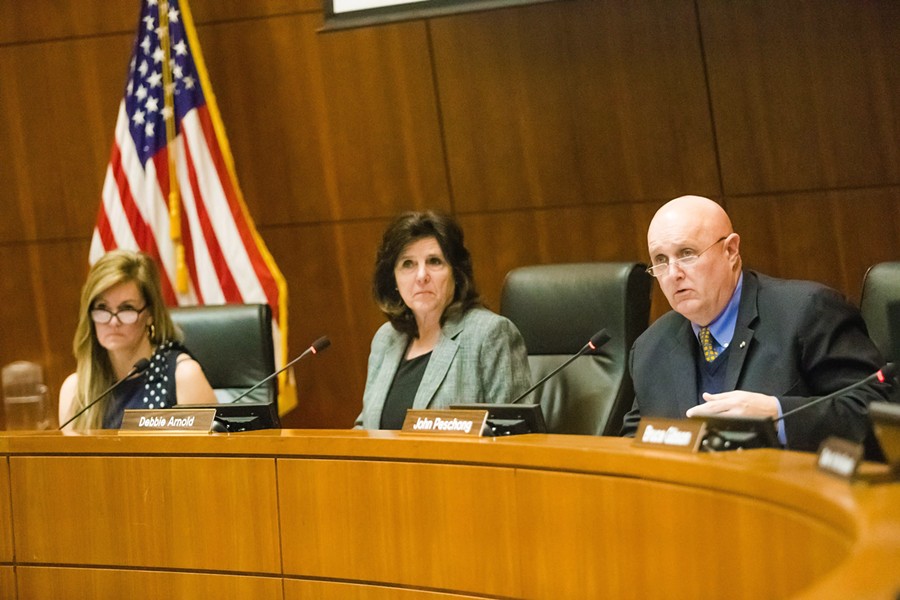 The rules—first put forth by 5th District Supervisor Debbie Arnold during the May 5 board meeting—require outdoor hemp farmers to find at least a 400-acre-sized parcel, where the crop must be set back 2,000 feet from property lines and be located at least a mile from any community's urban reserve line.

The regulations also prohibit hemp from being grown in Edna Valley—a wine region that soured on the crop due to past issues with grows.

"My goal here is to reduce conflict," Arnold said of the ordinance revisions, which the board adopted in a 4-1 vote.

In passing the ordinance, the supervisors scrapped what had been recommended by the SLO County Planning Commission, an ordinance developed over the past year with input from the Agricultural Liaison Advisory Board and a subcommittee composed of hemp, wine, and vegetable industry members.

That version of the rules set minimum parcel sizes for hemp of 5 and 10 acres, (for indoor and outdoor grows, respectively), and allowed the crop to be grown within 1,000 feet of urban reserve lines.

"This was a heavy-handed move," said Brent Burchett, the executive director of the SLO County Farm Bureau. "Now, [hemp] is effectively banned. It's devastating for small farmers."

"We've had months and months of input and stakeholder meetings," he said. "Why do we even give input if they were going to make this decision all along? They feel like their input was disregarded, that they're not included in this community."

Second District Supervisor Bruce Gibson, the lone dissenting vote on the ordinance, called it "an assault on agriculture."

"By going to the extreme parcel sizes, the extreme setbacks, you've effectively made it impossible to grow hemp," Gibson said during the meeting. "The direction I've heard here is simply bad for agriculture. ... We are on a slippery slope."

Supervisors in favor of the stricter rules said they wanted to protect communities and farmers from potential impacts. Those include odor, pesticide drift, and terpene taint—the concept that cannabis compounds can negatively impact nearby wine grapes. Terpene taint needs more scientific study to be fully understood, stakeholders on both sides said.

"We have a wine and tourism economy. I don't know why we'd want to jeopardize that," 4th District Supervisor Lynn Compton said during the meeting.

Critics of the ordinance countered that terpene taint, and hemp's other potential impacts, could've been addressed in a less prohibitive way.

Hemp has been largely banned in SLO County since June 2019 after Congress removed it from the Schedule 1 substances list and made it a federally legal crop. A few dozen commercial and research grows were given vested rights prior to the ban. How many of those growers will be able to continue in SLO County under the new ordinance is unknown.

"I guess they wanted to pass a ban and they passed a ban," said Sean Donahoe, one of the growers involved in the subcommittee that provided input for the ordinance. "Unfortunately, what you saw again is a deliberative process that's committed to in good faith and a staff presentation that tries to represent the results of that process ... and then board deliberations that go completely beyond the public realm of conversation." Δ