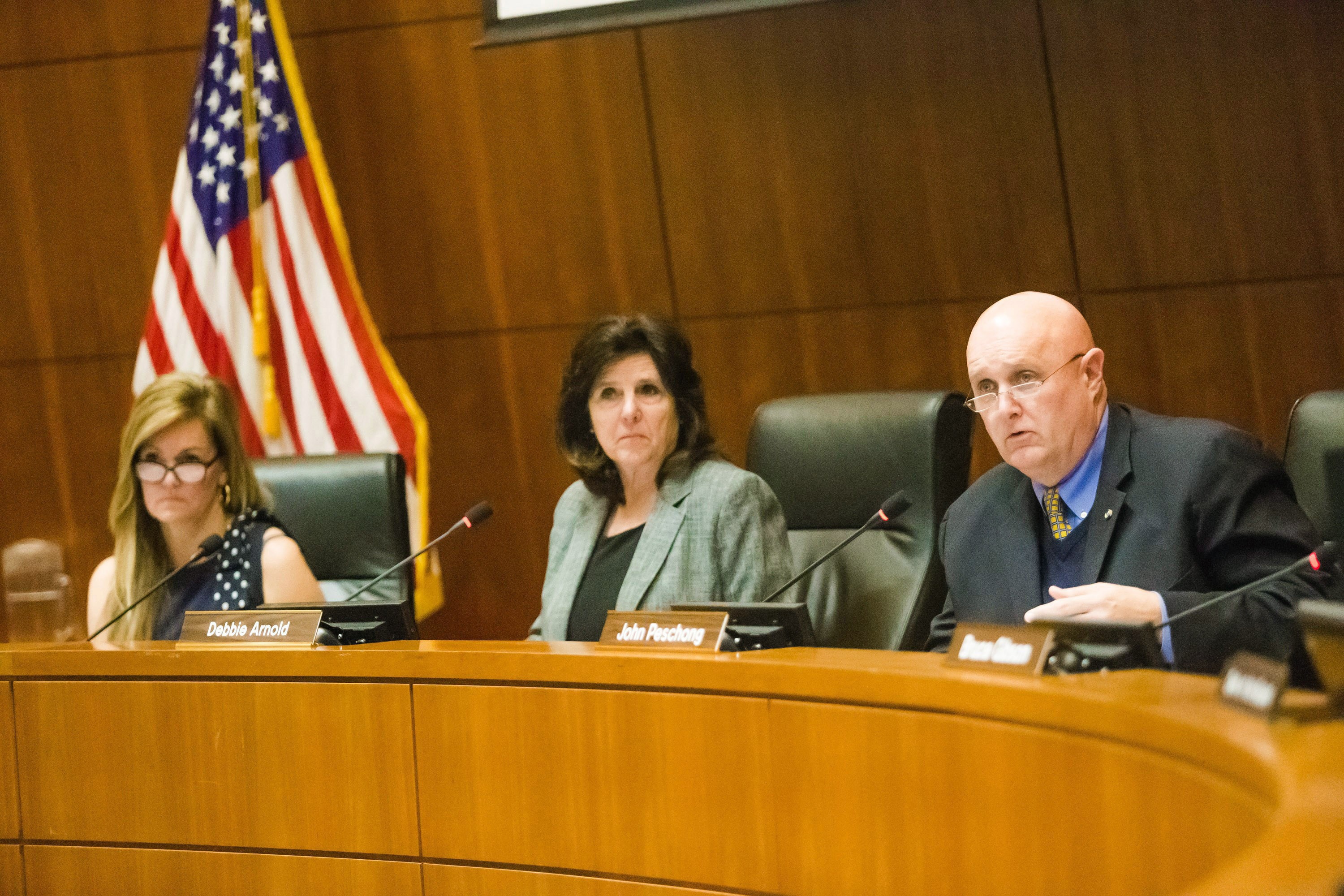 The San Luis Obispo County Board of Supervisors is looking to hire a new top election official by this October—and is willing to consider just about anybody for the job.

On July 13, the divided board voted 3-2 to finalize a three-month process for appointing an interim clerk-recorder, who will take over for departed former Clerk-Recorder Tommy Gong until his term is over and the position is up for election in 2022.

The board's conservative majority—Supervisors John Peschong (1st District), Lynn Compton (4th District), and Debbie Arnold (5th District)—voted to move ahead with opening the interim position to the broader public and opted not to set any minimum qualifications for applicants, like having prior election office experience or a record of nonpartisanship.

"This should be an open and transparent process," Arnold said. "Everyone's welcome to apply."

"We owe it to [the public] to set high standards here," Gibson said. "We are in extraordinary times, and I think we need to make a strong showing to the county that we are looking for quality, qualified people."

Gibson and Ortiz-Legg also said they preferred to not open the position to the public at large and instead appoint acting Clerk-Recorder Helen Nolan, a former deputy in the department, to the interim position.

Nolan assumed the role of acting clerk-recorder upon Gong's departure on July 2.

The two supervisors noted the local election office's "long history of excellence" and underscored that it faces a daunting workload over the next year, with a recall election, redistricting, and two elections coming up in 2022.

"I'm a little dismayed at this," Ortiz-Legg said. "I think the trust of the community is at stake. ... We have an individual who's been in the office, who understands the operations of the office."

But Peschong, Compton, and Arnold all said they wanted to have an "open and transparent process" to replace Gong.

"For the community I represent, they'd like to see this open process," Peschong said. "It's not to say that anybody in the Clerk-Recorder's Office is below par. I think there are exceptional people there."

Per the process established by the board, SLO County will convene a selection committee made up of five members of the public, appointed by each supervisor, to review clerk-recorder applications and make seven final candidate recommendations to the board.

Then, following background checks, the Board of Supervisors will interview the final candidates and make an appointment decision on Oct. 12 at a special meeting.

"The five of us are capable of choosing someone to do a good job in that office," Arnold said.

The hired clerk would start work after the Sept. 14 governor recall election but in time to oversee the local redistricting process, Peschong said.

The debate over the vacancy comes just a few months after the Clerk-Recorder's Office faced a wave of criticism from the local Republican Party over its administration of the November 2020 election—echoing false fraud allegations made by former President Donald Trump.