Starting in March, local tenants and landlords will be able to apply for financial assistance to cover unpaid back rent under a new state program that's allocating millions of dollars to San Luis Obispo County.

The California Rental Assistance Program—which will launch thanks to new state legislation, Senate Bill 91—is designed for low-income tenants who have accumulated back rent due to COVID-19 economic impacts.

Landlords will also be eligible for aid to cover 80 percent of uncollected rent from qualified tenants between April 2020 and March 2021. But under the program, which is voluntary, landlords must agree to waive the remaining 20 percent of owed rent.

SLO County is currently working through the logistics of the program and its rollout, 2nd District Supervisor Bruce Gibson told New Times. The Board of Supervisors will meet in March to take formal action on its funds—which were allocated from $2.6 billion of federal aid.

"It looks to be over $17 million, which is tremendous," Gibson said. "This is an important piece of preventing homelessness. Significantly, it can help with other expenses such as utilities." 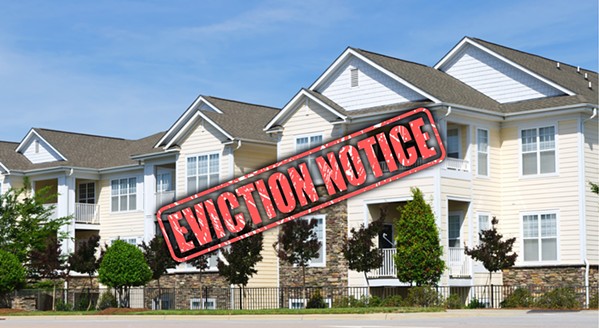 Counties receiving the rent relief funds can choose to administer them in-house or let the state do it. Gibson said the current direction at SLO County is to defer to the state for administration.

"We could've administered all these funds locally, but that would've meant standing up a whole new program and department," Gibson said. "As we talked with our nonprofit partners, we had a certain amount of concern that that would be too much of a challenge and actually get in the way of getting [funds] out to people."

One key responsibility of the county will be to steer a public information campaign about the available funds. That's a piece that Dona Hare Price, founder of the Rent and Mortgage Relief SLO Coalition, a local grassroots group, knows will be critical.

"I want to ensure it's done judiciously and thoughtfully so that we look at getting the word out to the people who need this the most," said Hare Price, a SLO city resident. "Service providers such as schools, ... grassroot organizations who know people, who have relationships, they need to be included in the process. They have the bandwidth to knock on doors or talk to people."

Hare Price formed the Rent and Mortgage Relief SLO Coalition shortly after the pandemic hit, when it became clear how COVID-19 would disproportionately impact low-wage workers. Ever since, she's collaborated with local and statewide groups to help lobby for rent relief.

"This started a year ago, and it was really a result of seeing that people couldn't pay rent," she said. "What struck me is that the people who are going to have rent debt are those service workers—essential workers—where rent takes two-thirds of their paycheck."

The law does not require landlords to participate in the program—meaning landlords could decide to go after 100 percent of tenant back rent if they wanted to—and the system's complexity could put up barriers to entry, leading to inequities in how the money is distributed.

"The biggest concern is that corporate landlords are going to take the funds and choose [whether] they want [the aid] for one person and not another person," she said. "We're extremely worried about discriminatory practices."

That's why a robust, inclusive communication strategy is important so that everybody has a fair shot to apply and receive aid, she said. Overall, Hare Price is optimistic that the program can help simplify the process of resolving owed rent between tenants and landlords.

"It's really, really confusing where to get resources in our county right now," she said. "SB 91 could be amazing."

In addition to the $17.5 million for rent relief, SLO County is also getting new rounds of state and federal funding to fight homelessness.

On Feb. 9, the SLO County Board of Supervisors approved allocating $5 million in aid to seven nonprofits serving the houseless community, including $2.7 million to the county's three shelters run by 5 Cities Homeless Coalition, CAPSLO, and the El Camino Homeless Organization.

The board is slated to allocate another $8 million in March to assist with homelessness prevention. Δ