The San Luis Obispo County Board of Supervisors took its next step toward exiting the region's waste agency on May 18, voting unanimously to commission a $32,000 study that will look at the costs and implications of withdrawing.

The move is the latest development in a fight among elected officials on the Integrated Waste Management Authority (IWMA) board over its 2019 ban on polystyrene products, including Styrofoam.

"This IWMA ... has taken on legislating, and that has become the problem," 5th District Supervisor Debbie Arnold said. "That's when I think it's time to bring this governmental task back to each jurisdiction." 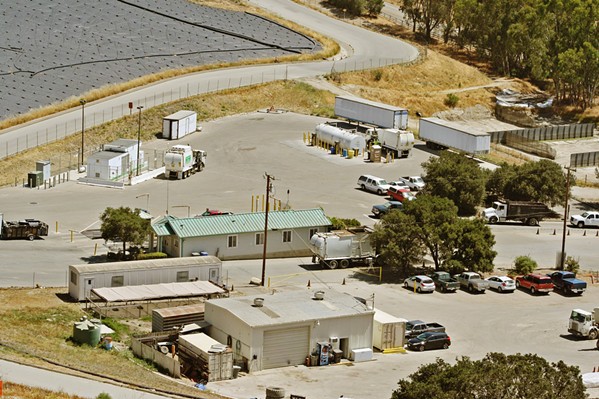 All five county supervisors serve on the IWMA board, alongside one city council member from each local city and a special districts representative. Formed in 1994 as a joint powers authority, the IWMA manages hazardous waste, universal waste, solid waste, green/food waste, and recycling for the entire county.

Last month, a narrow majority of the IWMA board tried to repeal its polystyrene ordinance, which it passed in 2019 but never implemented due to COVID-19. The motion failed when SLO City Councilmember Jan Marx cited a bylaw that allows any board member to request a supermajority (two-thirds) vote.

"It's really, in my opinion, a very good ordinance," Marx told New Times about the ban. "It will eventually reduce the amount of plastic that's in the environment."

Polystyrene, used for decades as a packaging material in various industries, is a growing target of regulation across the country. The chemical compound, which is often unrecyclable, is classified as a probable carcinogen by the World Health Organization and known for polluting the environment after breaking up into tiny pieces.

In the wake of the failed repeal of the ordinance, SLO County supervisors Arnold, Lynn Compton (4th District), and John Peschong (1st District) initiated the possibility of withdrawing the county from the IWMA—so it's "not being controlled by other cities," Compton said.

"I think it's important to have the details of the consequences of this poor idea," Gibson said.

According to Arnold, the backlash against the IWMA isn't about polystyrene, but about the IWMA overstepping its role by creating new regulations that aren't state laws yet—and forcing them onto every local community.

"Meeting with the haulers, they are very confident this can be smoothed out and streamlined," she added.

But Marx warned that the county's potential departure raises all kinds of questions about how waste will be efficiently and properly managed in the region. She noted that the IWMA has taken on big public projects in the past, like its 3-year-old anaerobic digester, on behalf of the county, and a break-up would only complicate those programs.

"The question is how expensive would it be and what the consequences are," Marx said. "I have a great hope that the Board of Supervisors will decide that sticking with the existing entity is the most financially prudent and responsible way to go." Δ