In late 2019, the San Luis Obispo County Integrated Waste Management Authority (IWMA) passed a countywide ban on polystyrene—the environmentally harmful packaging material that includes Styrofoam. But just before the ordinance was going to take effect in April 2020, COVID-19 hit, and the IWMA board voted to delay its implementation.

One year later—after a period of infighting among IWMA members that put the agency's future in question—the IWMA is now repealing that ban altogether. On March 10, the IWMA board of directors voted 7-6 to pass the first reading of an ordinance that rolls back the polystyrene ban. 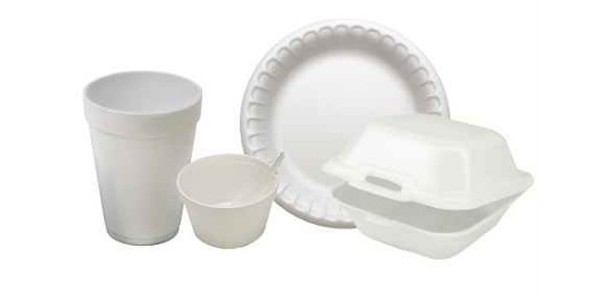 The issue with the ban, according to SLO County 5th District Supervisor Debbie Arnold, who voted for its repeal as an IWMA board member, is that it created new countywide regulations that went beyond state law, imposing them on localities that currently have no polystyrene rules.

"When the IWMA was created, it was never intended to be a legislative body," Arnold told New Times. "The mission of IWMA was to educate and comply with state regulation and mandates. ... Take this up at the Paso Robles City Council—don't try to legislate outside your jurisdiction."

Five cities in SLO County have ordinances prohibiting expanded polystyrene (or Styrofoam). But the IWMA ban would have broadened those regulations to more kinds of polystyrene and applied them countywide. Paso Robles, Atascadero, and unincorporated SLO County—three jurisdictions without any polystyrene rules—would've been forced to comply.

Whether or not the IWMA should be dictating stricter waste regulations to municipalities was at the heart of an acrimonious debate that took hold in 2020 among IWMA member agencies: SLO County, local cities, and community services districts. Arnold said she felt so strongly about the issue that she was prepared to act to withdraw SLO County from the IWMA altogether if the ban moved forward.

"I wouldn't sign that agreement," Arnold said. "I do not want to promote this kind of non-transparent government because it leads toward being governed so far away from who you even elected."

As a result of the tumult, the IWMA updated its strategic plan last year to make meeting state mandates its only objective. Brooks Stayer, the IWMA executive director, told New Times that protecting local control was written into the founding principles of the agency.

"The issue was the future of the agency was in doubt," Stayer said. "We reviewed the initial basis for why the agency was formed, to meet state mandates. The agency exists not to interfere with local jurisdictions' ability to regulate themselves."

Bruce Gibson, SLO County's 2nd District supervisor, described the efforts to fight the polystyrene ban as holding "the whole IWMA hostage" by threatening to jeopardize the future of the agency. Gibson, who is in favor of the ban, noted that the IWMA passed a local ban on single-use plastic bags in 2012, before it became state law.

"If this stuff is bad, we should be doing it [passing ordinances]. That's our job," Gibson said.

Stayer said that he anticipates that the state will eventually eliminate polystyrene products from the market, either through legislation or via a ballot measure.

The IWMA's repeal, which is up for a final vote on April 14, is opposed by environmental advocacy groups like the Sierra Club.

"Don't get us started on the hypocrisy of local officials who proclaim they don't want the state to tell them what to do, but then claim they should only do something if the state tells them to do it," read a March 2 Sierra Club email to Santa Lucia chapter members. "The reasons given for repealing the ban are flimsy and fall apart quickly, unlike the polystyrene products that will last forever in our environment." Δ