SLO County stepped into the post-Proposition 64, legalized marijuana world on rocky footing Feb. 28. A draft of the county’s proposed cannabis land-use regulations took heat from several local cannabis growers and stakeholders at a Board of Supervisors hearing.

Those who spoke during public comment critiqued the proposed cap on countywide commercial cultivation sites of 100 grows, the various setback requirements in the ordinance (300 feet for outdoor grows), a ban on manufacturing with “volatile substances” like butane and alcohol, and those combined factors’ effect on a small-business operation. 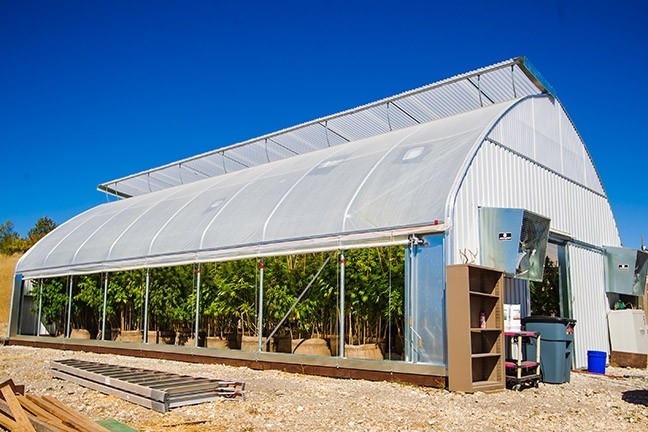 “You really make it difficult for the small artisanal participant to have a chance for survival,” said Wes Burk, vice president for Emerald Scientific, a supplier of scientific products for cannabis.

Not all who addressed the supervisors were so direct, but Burk echoed a sentiment that many expressed about the proposed rules, especially in regard to restricting the number of cultivation sites to 100. More than 400 sites registered with SLO County after the Board of Supervisors passed an urgency ordinance in September.

“We don’t understand why you would limit this particular product or industry to that,” said Mike Brown, director of government affairs for the SLO County Coalition of Labor, Agriculture, and Business (COLAB). “It might disproportionately negatively impact the small family operations.”

Supervisors Debbie Arnold and Lynn Compton spoke in favor of considering a cap. Arnold said that limits would reduce conflict between cannabis and other ag crops while Compton cited complaints from her South County district constituents regarding existing cannabis cultivations’ effect on neighbors and the community.

“I’m just not willing to say it’s wide open,” Arnold said. “By the nature of your commodity, you’ll displace other commodities that already have roots here.”

Cannabis would be labeled as a specialty crop under the rules, and each commercial grow would require a permit and a site plan. Cultivation sites would only be allowed in land zoned for agriculture, rural lands, rural residential, and industrial. That means the 270 marijuana grows in the California Valley that are allowed under the county urgency ordinance would be illegal under the proposed permanent ordinance.

Of additional concern to growers was a 300-foot setback requirement for outdoor cultivation sites.

“For people like myself, a 300 foot setback is impossible,” said one South County grower who said she lived on a narrow lot. “All of us [like me] would be wiped out.”

Supervisors Adam Hill and Bruce Gibson expressed opposition to the 100-grow limit, calling the number arbitrary. Gibson cautioned the board to avoid nit picking on the draft. The draft ordinance is up for public review and three public forums are scheduled in April: April 5 at the Department of Social Services in Paso Robles, April 6 in the Board of Supervisors chambers in SLO, and April 12 at the Nipomo Community Services District. All three forums are from 6:30 to 8:30 pm. A revised ordinance will go before the Planning Commission, and county officials expect a final draft to be presented to the board in September 2017.

“I don’t think it’s a useful exercise for us to get too far into the weeds at this point,” Gibson said. “There’s a lot of public process to come.”