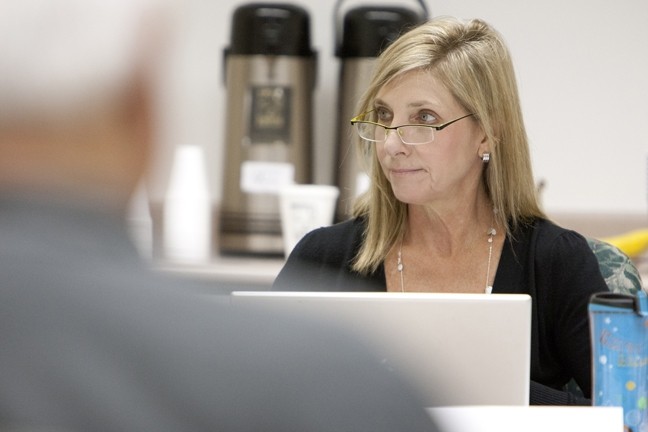 Deborah Cash, head of the association for the last 18 years, announced on Aug. 14 that she’ll retire from her post by the end of the year.

Originally hired in 1991, the former downtown business owner worked her way up in the organization as an intern, and later as an independent contractor for communications, reports, and special projects, according to an association press release.

During her tenure, she’s been credited with increasing the popularity and visibility of the city’s Thursday Farmers Market, establishing the popular Concerts in the Plaza series, serving as a consultant on the 2013+ Beyond Strategic Business Plan, and working with a committee of downtown alcohol-licensed business owners to promote safety and cleanliness in the downtown core.

Cash has also promoted the city by taking her expertise onstage before a number of organizations, speaking at both state and national Main Street conferences on topics ranging from event planning to parking.

But she’s also attracted her share of criticism from members of the community, specifically from homeless rights advocates who chastised Cash for circulating a petition on the social justice website Change.org lobbying for additional law enforcement personnel to deal with the downtown homeless population and transients. She also came under fire for lobbying the city to spend more than $600,000 to beautify two blocks of downtown sidewalks, as well as an effort to remove the SLO County Farmers Association from the Thursday night Farmers Market.

According to the release, Cash is looking forward to spending more time with family and friends, pursuing writing, photography, and “expanding her home-based enterprises.”

“I’m confident I’m leaving an excellent starting point for my successor and a strong vision for the future. As well, my staff is incredible and will help ensure a smooth transition,” she said in the release.

Cash told New Times she made the announcement months out to allow the board of directors to form a search committee for her replacement, with the goal of having the candidate confirmed by the time of her departure.