Parking is going to become more expensive in downtown San Luis Obispo in the coming months and years, as city officials say more parking revenue is needed to cover the rising costs of a new parking garage.

Starting this summer, hourly parking rates will increase 25 cents, and parking enforcement hours will be extended from 6 to 9 p.m. A few years from now, SLO will also eliminate its first hour of free parking in garages.

Those changes were among several reviewed and signed off on by the SLO City Council during a budget study session on April 20. 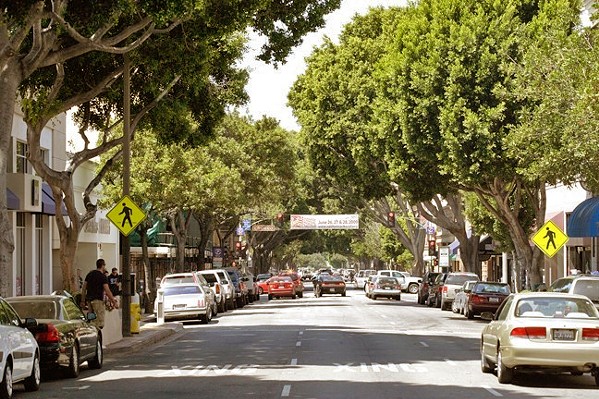 The reason for the new and expanded parking rates, according to the city, is to beef up revenues—which declined during the COVID-19 pandemic—and are desperately needed to pay for a long-planned parking garage at the corner of Palm Street and Nipomo Street.

Gaven Hussey, SLO's parking program manager, told New Times that construction delays on the five-level garage have led to project costs ballooning to an estimated $43.5 million. Current parking revenue levels do not support the cost of the project, officials say.

The new garage is an important piece to accommodate future parking downtown and is something the city has made a commitment to businesses to build, Hussey said.

"We're slowly being impacted and our capacity to accommodate all visitors to downtown is dwindling," he said.

The garage is also closely linked to the SLO Repertory Theater, which has plans to build a new theater next to it. The projects share property and have been planned together as a public-private partnership.

SLO Rep and other local arts organizations voiced their support for the new parking rates and policies in letters to the City Council.

Hussey said that given the delays, it's important that the city gets shovels in the ground soon.

"It is something we need to move forward with," he said. Δ