The Backstage Pass: Baron Wolman and the Early Years of Rolling Stone exhibit will be on display at the SLO Library through March 16. An opening reception will be held on Feb. 1 from 6 to 8 p.m. with a talk by Wolman. Visit slocounty.ca.gov for more information.

Baron Wolman describes himself as a "former minor celebrity." It's a humble enough epithet for the man who was the first photographer ever for the legendary Rolling Stone magazine. Since then, Wolman has gone on to start his own fashion magazine, open a publishing company, and shoot photos for the NFL. But some of his best-known work is still from those 2 1/2 at the start of Rolling Stone. Wolman's covers, music portraits, and concert photos of icons such as Jimi Hendrix, Mick Jagger, Janis Joplin, Tina Turner, and Frank Zappa are now on display at the San Luis Obispo Library as part of the Backstage Pass: Baron Wolman and the Early Years of Rolling Stone exhibit. Wolman spoke with New Times about photography, music, and trying new things. 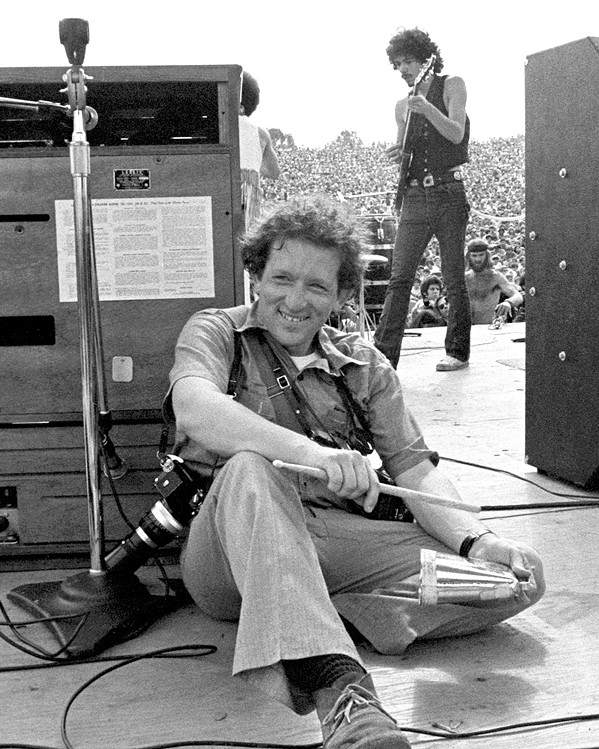 New Times: It's 1967, but before Rolling Stone. What is your life like?

NT: How did you end up working for Rolling Stone?

BW: One of my clients was Mills College in Oakland. They had a really advanced music department. There was a burgeoning interest in rock 'n' roll. They decided to have a rock 'n' roll conference. I went. Jann Wenner came to write about it and we started talking and he told me about the plan he and Ralph [Gleason] had for a new magazine that was for listeners and lovers of music. He said, "We need a photographer. Want to be our photographer?" And the rest is history.

NT: Were you the only photographer at the magazine at that time?

BW: Oh yeah, I was the only one in the beginning. But pretty soon we realized I couldn't do everything. I was the chief photographer and we had freelancers. I was there for about 2 1/2 years.

NT: Back it up. How did you get into photography and specifically music photography?

BW: Photos had always been a hobby of mine. In 1961, I was in Berlin in the military when the wall went up and I ran over with my camera and called my hometown paper and asked if they wanted the photos. They did. Then I realized I was getting paid for my hobby. I didn't start taking photos of music until I lived in Haight Ashbury. 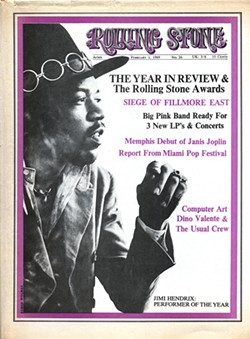 NT: How would you describe your aesthetic while shooting for Rolling Stone?

BW: No flash. Intimate portraiture. Natural light. That was for portraits. For the concerts, it was trying to find an iconic moment that would resonate with readers.

NT: How and when did the lore around being on the cover of Rolling Stone come about?

BW: We were pretty much the only game in town. So if you made it on the cover of Rolling Stone it was a big deal. So probably six months into our publication it became a big deal.

BW: I have a couple. We did a groupie issue where we did the story about the women backstage. I took those photos in the studio as if they were fashion models. I liked all of the Jimi Hendrix covers.

BW: It's a really difficult business right now because everyone has a camera. The best photos come when you have access to the band. Find out who's playing in your town. Get to know them. They'll appreciate it and, in turn, let you into their world. Δ

Arts Writer Ryah Cooley takes the good along with the bad. Contact her at rcooley@newtimesslo.com.