The San Luis Obispo Marathon is taking a hiatus this year, as organizers recently announced the end of the popular race's eight-year run in the city of SLO.

Race SLO, which puts on the annual event, listed several issues that prevented the weekend-long fitness festival from staying in its home city. 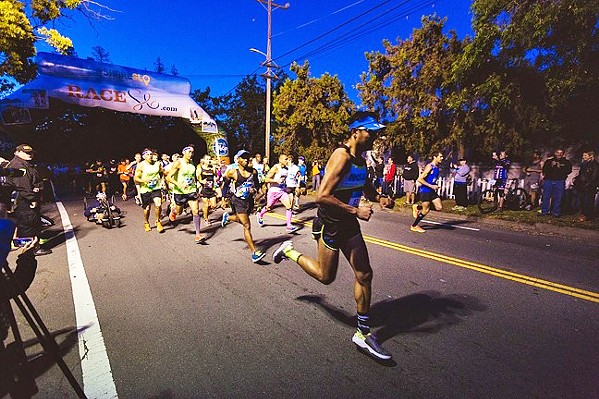 The race venue, the Madonna Inn, declined to renew its contract, and organizers couldn't secure a long-term commitment for a new venue; costs for permits and traffic control went up; and a competing endurance event is being held this year at Santa Margarita Ranch, according to a press release from Race SLO.

"My heart is heavy," said founder and CEO Samantha Pruitt in the release, "not just for our company and my team, but for the over 35,000 nationwide athletes, local sponsors, local vendors and suppliers, [and] volunteers and beneficiaries who are all losing something they also hold dear.

"After two years of steadily increasing traffic control and course permit costs," the release went on, "the race faced too many hurdles out of the organizers' control."

Race SLO is now on a search for a new city and venue to host the event in 2021.

"We will proudly forge onward and upward in a new location," Pruitt said. "We look towards the future and open up the invitation to one of the surrounding cities to become our new hometown location."

The weekend generated nearly $2.5 million in economic benefits each year, according to the release, as it drew between 3,000 and 4,000 guest athletes and 6,500 to 8,000 spectators annually.

"Nationally, we have helped to put Race SLO Town on the endurance map," Pruitt said. "Our tribe has selflessly created both economic and social impacts unique to our beloved hometown."

Molly Cano, tourism manager for the city of SLO, told New Times that the decision to discontinue the marathon in SLO was Race SLO's—not the city's.

"We'd be happy to have the race come back to SLO," Cano said. "It was a decision by the organization."

Cano said that the city offered the Damon-Garcia sports fields as a potential venue for a 2020 race. But organizers wanted to secure a multi-year contract for it, which the city wouldn't agree to.

"It's the first time that an event like this would've occurred there," Cano explained. "[The city offered Damon-Garcia as] something to try out for a year and to see how the community feels about it. ... They had to assess their risk to see if it was something feasible to them."

Pruitt noted in the press release that the lack of a long-term venue commitment "made future planning and stability ... impossible to manage." Δ