SLO Museum of Art director steps down after 20 years

For more information about the SLO Museum of Art's plans for a new building, or to donate to the capital campaign, visit sloma.org.

As the San Luis Obispo Museum of Art hits the 25 percent mark toward raising $15 million for a new building, its long time executive director, Karen Kile, is stepping down to retire. April 1 marked Kile's 20-year anniversary with the museum.

"It's just the right time to do it," Kile said. "Things are in place." 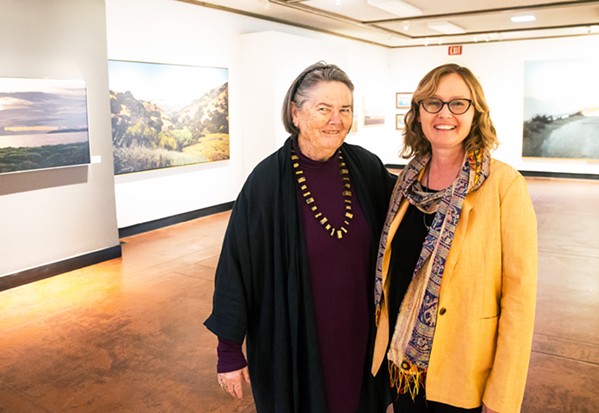 The museum announced a capital campaign in 2017 to raise $15 million to build a new, bigger, and better art museum, with a projected groundbreaking in 2019. That target date's been pushed back to 2022 amid Kile's departure, economic conditions, and the unexpected resignation of Jeff Al-Mashat, who came on as the project's capital campaign director in 2016.

When complete, SLOMA's new facility will have triple the space for exhibitions and classrooms and will feature modern lighting, climate control, and security. An elevator will ensure access for all (the current building's second floor isn't wheelchair accessible), and an art library will provide a space for scholastic research.

The new space will also include a museum store and a cozy tearoom. Best of all, the museum will sit on the same plot of land that SLOMA calls home on Broad Street.

Kile said she hopes that Saliklis will stay on as the permanent executive director, but ultimately that decision is up to the board of directors.

"She's the most trained and the most senior staff," Kile said. 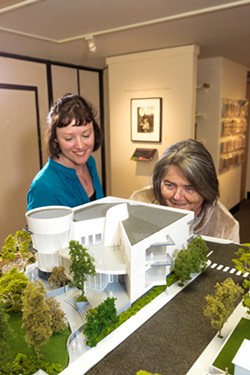 Saliklis said it's too soon to say if she'll pursue the position, but she didn't rule it out.

"It's something I've always wanted to do," she said. "It's the culmination of a museum career, and now I have the chance to prove myself."

Right now it's unclear how long the hiring process will take, but in the meantime, Saliklis will serve as both curator and interim executive director. Along with the new building, Saliklis hopes to bring in a few more new changes, such as game nights and other events to appeal to the 30-something crowd so people might see the museum as a place for fun.

"We've got tremendous community support," Saliklis said. "We're keen on trying to raise the bar and do things that are relevant to the younger generation."

As director emeritus, Kile said she can always help the museum staff with its goals as needed.

"We've got the best corner on the planet for this museum," Kile said. "I just hope it goes on as strong as can be. I want to see it happen." Δ

Have a scoop on a local arts story? Contact Arts Writer Ryah Cooley at rcooley@newtimesslo.com.