San Luis Obispo, Paso Robles, and Grover Beach will all ask voters to raise their local sales taxes this November, as city budgets continue to suffer during the COVID-19 pandemic.

In meetings on July 20 and 21, the three city councils voted in favor of 1 percent sales tax measures. SLO residents will also vote to extend an existing 0.5 percent sale tax, first passed in 2014. 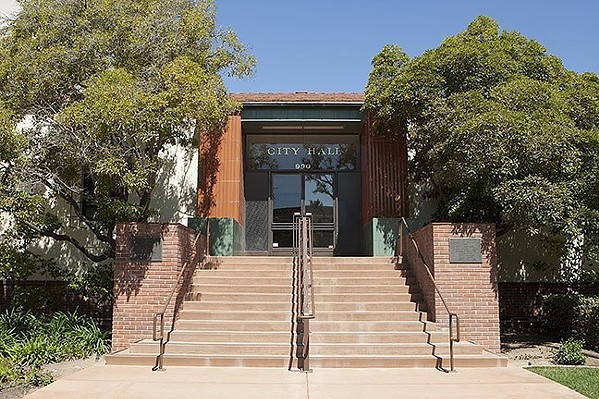 If approved by a simple majority of voters, the three measures would raise the cities' sales taxes to 8.75 percent. The sales tax in every SLO County city is currently 7.75 percent.

"The fiscal impacts of the COVID-19 pandemic significantly exacerbate existing fiscal challenges," a July 21 Paso Robles city staff report read, "and put the city at risk of having to reduce essential services to potentially dangerous levels if alternative action is not taken."

While the cities had been weighing tax measures before COVID-19, officials say the need for revenue is now much more pressing. Paso Robles has a $13 million budget deficit for the 2020-21 fiscal year, according to the city. SLO revenues declined $6.5 million in the last quarter of 2019-20 and the city had to cut nearly $5 million from its current budget.

"With the social and economic impacts of the COVID-19 pandemic, the financial gap between community demand and available resources has only increased," a SLO city staff report stated.

Across the three cities, the tax measures would generate more than $30 million annually. Officials point out that many California cities have higher sales tax rates, like Santa Maria (8.75 percent), Santa Barbara (8.75 percent), and Santa Cruz (9.25 percent), and that a large share of the taxes—70 percent in SLO—would be paid for by tourists.

But not all local residents agreed.

"I cannot support a sales tax increase at this time. Costs have increased on every basic daily need," Paso Robles resident John Reynolds wrote to council members. "We are in a financial mess due to COVID-19 and must get through this before putting additional financial burdens on citizens. Some services may have to be delayed—some wants may be unsatisfied—but belts have to be tightened another notch."

"I think that it's going to be difficult to have more than one measure on the ballot for people to consider," Councilmember Steve Gregory said. Δ