While the city of San Luis Obispo clashes with a local gym chain over its adherence to state COVID-19 regulations, on Jan. 19, the SLO City Council passed an emergency ordinance that reinforces the city's authority to issue citations to COVID-19 rule violators.

The ordinance passed unanimously as the city's Administrative Review Board is hearing multiple appeals from Kennedy Club Fitness that are challenging three $1,000 citations issued to the gym that came amid its public decision to allow indoor exercise in defiance of state health orders. 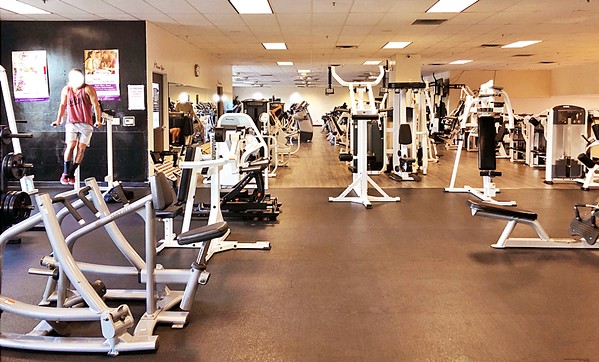 In November 2020, Kennedy managing partner Brett Weaver said in public statements that the gym, which has four locations in the county, would continue its indoor operations with safety precautions despite the state's purple tier restrictions, citing the financial hardships of complying.

In recent arguments to the city Administrative Review Board—which can reject or sustain appeals of citations—Kennedy Club Fitness asserted that because the city had not passed an ordinance codifying the COVID-19 orders, it cannot legally enforce them. At the start of the pandemic, the city instead adopted an emergency resolution, which SLO officials say has the same effect as an ordinance during the crisis.

But Kennedy Club Fitness attorney (and local state Assemblymember) Jordan Cunningham argued to the three-member review board on Jan. 7 that "resolutions are different creatures fundamentally than ordinances." Cunningham added that there was "no evidence" provided that Kennedy's decision to allow indoor activity at the gym "imperils anybody's life."

"That's because there is no such evidence," Cunningham said in the Zoom hearing. "It's conjecture."

The review board decided to continue the hearing to Jan. 20 (after New Times' press time) to hear more arguments from both sides about the ordinance vs. resolution debate. The questions raised caused SLO City Attorney Christine Dietrick to bring back an emergency ordinance to the City Council to eliminate any ambiguity.

"Obviously, the emergency ordinance is the highest level of legislative action," Dietrick told New Times. "While we felt we had the mechanisms in place to enforce without doing that, the concerns or confusion raised by the Administrative Review Board just caused us to take a step back."

Officials and council members were careful to say that they believe their initial resolution provided the necessary authority to enforce the state's COVID-19 orders. Dietrick said cities across the state have adopted ordinances, passed resolutions, and issued direct orders from their emergency services directors to achieve that end.

"We saw a mix of approaches," Dietrick said.

To date, the city has levied $19,000 in fines to seven businesses in response to verified COVID-19 violations.

The Jan. 7 appeal hearing was the first to reach the Administrative Review Board during the pandemic, Dietrick said. Another appeal is scheduled for Sally Loo's Wholesome Cafe, which the city cited for serving indoors and doing table service.

"The vast majority of our enforcement on COVID with businesses has been education and outreach ... to try to help people with compliance," Dietrick said. "This is not the norm." Δ