Pride and Prejudice will show at the SLO Repertory Theatre through Jan. 20. Tickets range from $17 to $25. Visit slorep.org for more information. The play runs 2 1/2 hours, including a 15-minute intermission.

It's a truth universally acknowledged that an audience in possession of tickets to a Jane Austen show must be in want of a good love story.

And the San Luis Obispo Repertory Theatre delivered on Jan. 11, as its stage transformed into a 1800s English countryside manor while the youth of the Academy of Creative Theatre performed the classic play Pride and Prejudice on opening night. 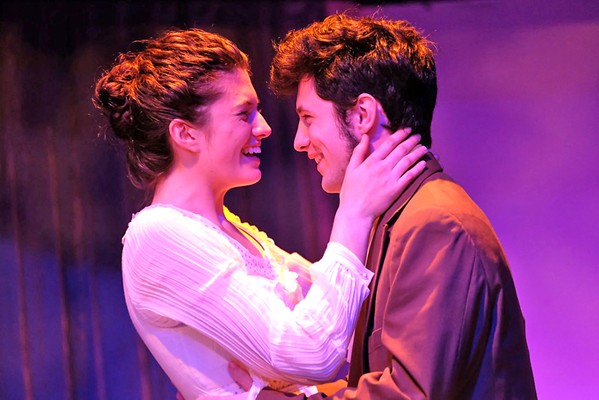 Based on Jane Austen's 1813 romantic novel, the story follows our protagonist, the feisty and witty Elizabeth Bennet (Penny DellaPelle, Into The Woods), who is one of four daughters from a less than noble but still relatively well-off family during the Regency era. Elizabeth's hapless mother, Mrs. Bennet (Eliana Nunley), frantically looks for every opportunity to marry her daughters off to wealthy men, as her husband's estate is sadly entailed to a distant male cousin, the supremely awkward Mr. Collins (Phineas Peters, Lost in Yonkers).

The set takes us from one ballroom to another sitting room in the homes of English nobility and upper middle-class families. Austen's satire on country life and the plight of women picks up when we meet the arrogant, but of course handsome and rich, Mr. Darcy (Elliot Peters, Lost in Yonkers), accompanied by the also wealthy and handsome, but actually nice, Mr. Bingley (Drew VanderWeele, A Christmas Story). In typically rich, white dude mode, Mr. Darcy says that Elizabeth is "not quite handsome enough" to tempt him at a dance, while later admitting to admiring her eyes. Meanwhile Elizabeth becomes quite enamored with Mr. Wickham (Jason Gray), a soldier with a dark past concerning Mr. Darcy. But, naturally, all is not what it seems. Oh, and elsewhere Jane (Isabelle Grznar), the eldest Bennet sister, and Mr. Bingley begin to fall in love. 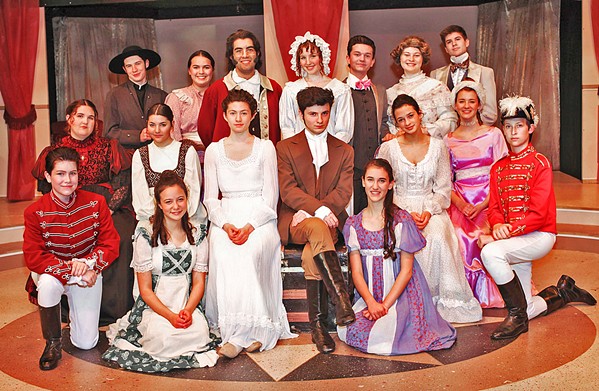 Yes, it's all a bit of a soap opera, but between Austen's smart, rapid-fire dialogue and the acting chops of the kids of the Academy of Creative Theatre, it's hard not to give in to the will-they-or-won't-they story line.

DellaPelle as Elizabeth is fiercely loyal to her sense of self, with a soft side for those she loves. She refuses to cede her ground when Mr. Darcy spurns her, saying, "I could easily forgive his pride, if he had not mortified mine." 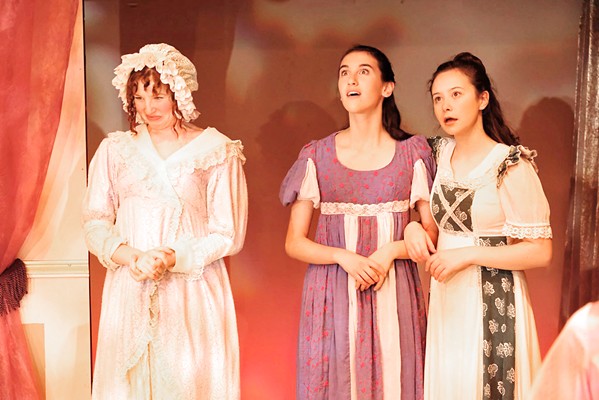 Elliot Peters as Mr. Darcy takes the word brooding to a whole new level with dramatic head shakes, slumped shoulder, and abrupt exits mid-conversation. Phineas Peters as Mr. Collins manages to convincingly play the most hilarious and least self-aware character with an accent that is charmingly not quite British, Scottish, or a full-on stutter.

Whether you loved or loathed the classic piece of British literature or missed it completely, SLO Repertory Theatre's rendition of Pride and Prejudice is a charming way to pass an evening. Δ