Catching an Uber or Lyft ride home after a long night of bar hopping has become a common practice in downtown San Luis Obispo. It's so common that the city is facing an issue of too many rideshare cars idling on its main drag of Higuera Street—with nowhere to pull over.

"There are documented issues of people running across the street at night. We've had cars hit, doors hit, and all kinds of other issues," SLO Police Chief Deanna Cantrell told City Council members during an Oct. 2 discussion on the issue. 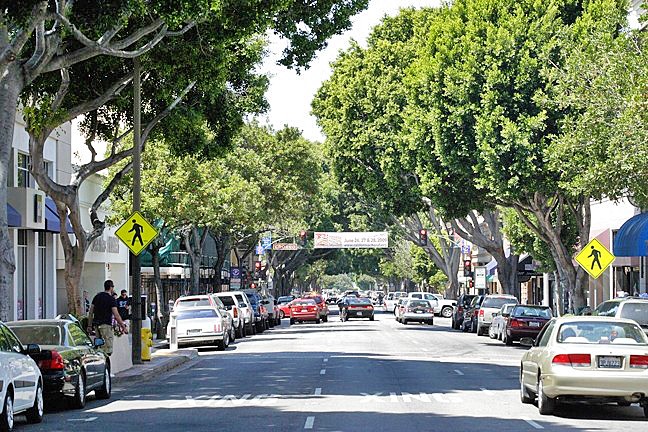 The city is looking at carving out designated parking spaces downtown for rideshare services to pull over. But that's proving tricky because parking is tight downtown. City staff's suggested fix—to designate all "commercial loading zones" as Uber and Lyft drop-off/pickup areas—was rejected by the City Council because shoppers utilize those yellow-striped parking spots when parking enforcement ends. Taking away those eligible spots would result in a loss of 80 to 120 parking spaces for downtown visitors after 6 p.m.

"That's my main concern when we're looking at this," said Councilmember Aaron Gomez, who owns a downtown business. "It's not getting any easier to be a business downtown. ... That's why I don't support this whole shift."

"There is clearly expressed fear from our businesses that parking is scarce downtown and that we are losing business as a result of frustrated customers," a letter from the Downtown Association to City Council read. "If we are displacing hundreds of visitors each evening, we are missing out on valuable revenue and adversely affecting the livelihood of local businesses."

At the urging of Chief Cantrell and other city officials monitoring the problem, the council didn't abandon the issue. The City Council directed staff to select a smaller area on Higuera—likely between Broad and Garden streets—that could be designated as a rideshare pickup and drop-off location.