SLO city and members of its own fire department resolved a long-standing dispute about overtime pay that led to a year-and-a-half-long battle in federal court.

Members of the SLO City Council voted unanimously July 17 to approve a proposed settlement between the city and 25 firefighters who filed a 2016 lawsuit accusing the city of miscalculating their overtime pay. The settlement will result in the dismissal of the case and a related formal grievance filed by SLO's firefighters' union, saving hundreds of thousands of dollars in legal expenses, according to city staff. 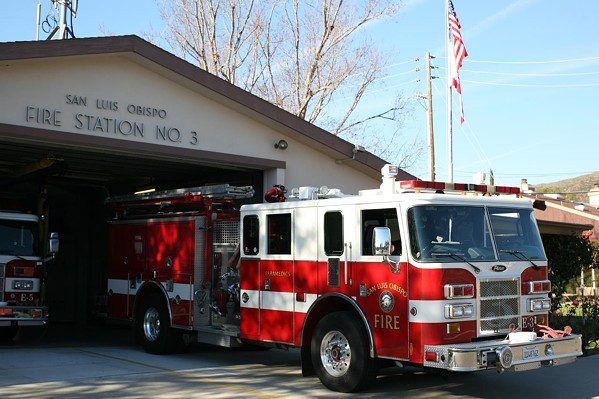 "This is the culmination of a lot of hard work," said Monica Irons, SLO director of Human Resources.

The lawsuit, filed in November 2016, alleged that the city knowingly underpaid fire department employees because it failed to include cash payments they should have received in lieu of benefits as part of overtime pay calculations.

Under the terms of the settlement, the city will pay out a total of $55,058. Of that, $2,609 will be dispersed between the 25 firefighters named as plaintiffs in the lawsuit in amounts between $53 and $603; $39,650 will go toward legal expenses for those same plaintiffs; and $12,799 will reimburse the union for experts it hired to calculate the city's liability in the case.

According to a report by city staff, the cost of the lawsuit could have been far more had it continued on its way toward a trial.

"The next phase of litigation presented the likelihood of drastically escalating attorneys' fees, which collectively could have amounted to hundreds of thousands of dollars of cost and attorneys' fees exposure to dispute what amounted to a relatively insignificant difference in positions on actual wage liability," the staff report stated.

Saving that money is even more important as the city grapples with an estimated $8.9 million pension budget gap over the next three years. As part of its 2018-19 budget, the city adopted a fiscal health response plan to address the gap. City staff said they agreed that the settlement falls in line with the goals of that plan.

In addition to settling the federal court case, the settlement also includes a three-year labor agreement between the city and the firefighters' unions. The contract includes cost of living adjustments of between 1 and 2 percent over that time period. In exchange, employee pension contributions will increase by 3 percent over the same three years.

"This is a fair and equitable contract that our union supports," said Armando Gutierrez, president of the International Association of Fire Fighters Local 3523. Δ