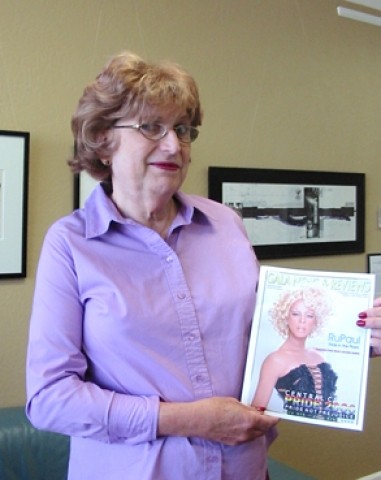 â€œTreating someone differently because they are perceived as different is just wrong,â€? said Lorelei Monet, coordinator for the Gay and Lesbian Alliance for the Central Coast Center. â€œThese are the kind of laws required to ensure fair treatment.â€?

Some conservative organizations, however, see the bills in a different light. The Campaign for Children and Families is asking Californians to read between the lines, warning that the bills will â€œforce public schools to promote transsexuality, bisexuality, and homosexuality to school children.â€?

Prompted by an incident in 2004, in which an Orange County school district refused to change a longstanding policy that mandated the unequal treatment of a transgender teen, Assemblyman Lloyd Levine, D-Van Nuys, penned AB 606 with a goal of ensuring a safe environment for all students. AB 606 allows the state superintendent to withhold funding from schools that allow â€œschool sanctionedâ€? discrimination based on gender.

â€œThis is the first time in history the Democrats have pushed a bill that threatens to arbitrarily yank school funding,â€? Randy Thomasson, president of Campaign for Children and Families, said while testifying against the bill. â€œAB 606 alters educational materials through the back door. It is even worse than the other sexual indoctrination bill the governor said heâ€™ll veto.â€?

In the meantime, here in SLO, students and administrators are working together to safeguard all students. In May, Parents, Families, and Friends of Lesbians and Gays gave a presentation, titled â€œSafe Schools for All,â€? and discussed issues of safety and the gay climate at local schools.

â€œThe children here do have problemsâ€”though certainly not as drastic as in more rigid communities,â€? the Gay and Lesbian Allianceâ€™s Monet said. â€œStill, other kids shun them and make jokes. A local 12-year-oldâ€”a she a year agoâ€”told her parents she was a boy. With parental support, he changed his name and his school. Even though his family is very supportive, he has had difficulties.â€?

In an effort to quell such difficultiesâ€”and other potential discriminationâ€”San Luis Coastal School District administrators decided to promote safety through study sessions that focus on diversity and discrimination.

â€œI donâ€™t think there is anyone that wants children to be harassed, and itâ€™s hard to find a reason to oppose the steps to keep them safe,â€? said San Luis Coastal School District Superintendent Ed Valentine, voicing his support for AB 606. â€œPeople are concerned the premise of the topic translates into feeling that a moral position is being taken on the issue of sexual orientation. I look at it as valuing the needs of students to feel safe.â€? âˆ†

Karen Velie is a staff writer at New Times. Send comments or ideas to kvelie@newtimesslo.com.