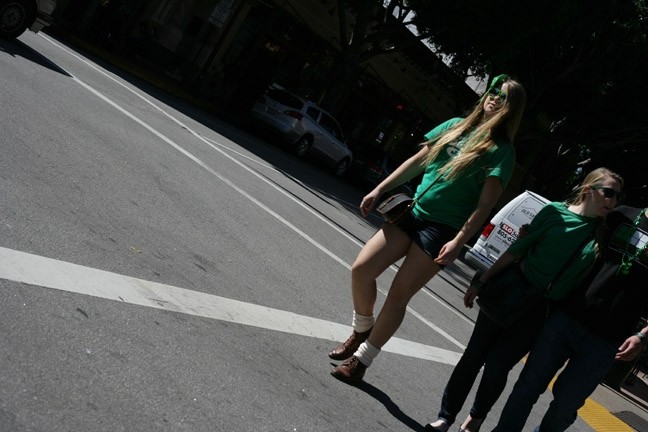 It’s Monday, March 17, also known as St. Patrick’s Day, an American holiday in which people wear green and get sauced all day long. OK, technically it’s an Irish religious feast day devoted to Ireland’s patron saint, but that’s not the way we do it.

It’s Bagel Monday at New Times, so I start my day with an egg bagel with green smear, just to get into the spirit, and then I leave our Marsh Street office and start making my way south to all the bars. I only get two blocks, to the corner of Higuera and Chorro, when I spot them: green clad kids laughing and stumbling and carrying on. Ah, youth!

“Come over here! Come over here!” screams a dude in a green stovepipe hat to a young gal across the street in gold and green plastic beads. 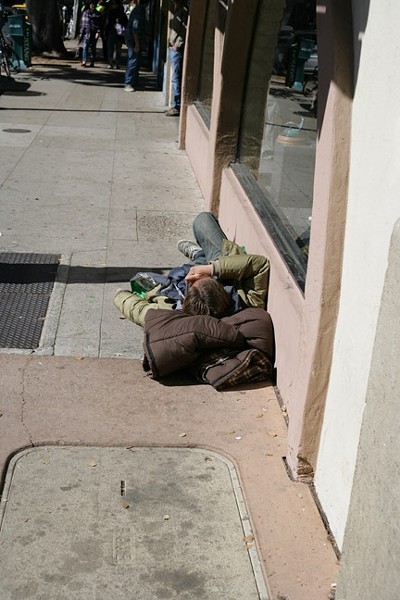 “Give me a minute. One minute! Una momento!” she screams back. “I need one drink of water.”

Wow, she seems smarter than a lot of these kids, like this guy I pass, clearly “caochta,” who hooks his thumb at a doorman in front of a bar and hisses to his friend, “This guy doesn’t think I deserve to be in here,” except it sounds more like “Thissph gaaag dothent thick ah shooed be en haargh.”

This doorman seems really smart. Maybe he’ll meet the one-drink-of-water girl. I think they could be very happy together.

Finally I get to McCarthy’s Irish Pub and I see Steven Damasco working the door, even though it’s his 35th birthday. 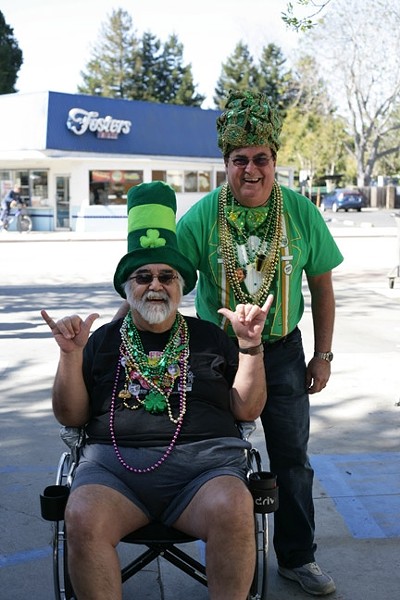 “Pretty mellow so far, but I’m thinking it will pick up later when the students get out of classes,” Steve says.

Then I see Teresa Schmidt, who’s working on a face painting design on Laurel White, whom I’ve known for years.

“You have until Thursday to tell Michael, because after that your mug’s gonna be in the paper.”

“Who do you work for?” Teresa asks.

“New Times,” I say. “How many faces have you painted so far?” 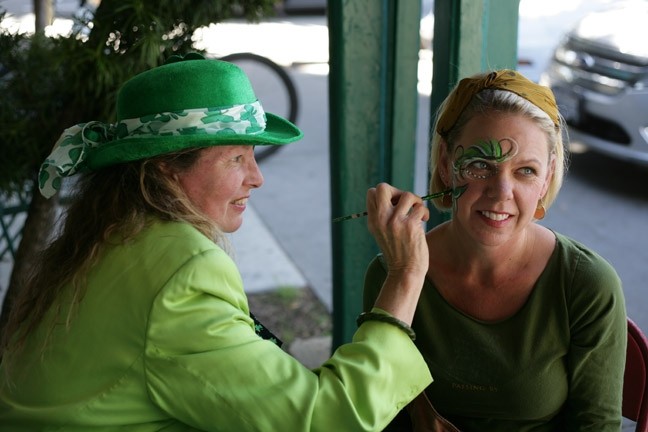 “I haven’t really kept count,” she says. “I’ve been doing this for 30 years, every Thursday at Farmers Market. I make people happy. I paint smiles on their faces. Of course, today is interesting because usually my customers are under 3 feet tall.”

I’m fixing to head back to work when I see John Parker pushing his wheelchair-bound friend Joe Halpen into McCarthy’s, proving you’re never too old to drink a green beer at 11 a.m. I take their photo and tell them to have fun.