SLO Wine and Beer gives you education, options, and prices that can't be beat so you can drink outside the box

Although wine is a focus, there's plenty of beers—local, European, and more crafty beverages—on SLO Wine and Beer Co.'s shelves, too. Visit the shop to see the selection for yourself at 3536 S. Higuera St. in SLO. Check out slowineandbeerco.com to learn more.

What do New Zealand, Bordeaux, Rioja, Mendoza, and Paso Robles have in common?

Wine, for one. But that's obvious.

The other one is this: You can find wines from them and almost every other wine-producing region around the world at SLO Wine and Beer Co. But they likely won't be wines you've ever heard of, much less tasted. And that's the fun of it for owner Aaron Warren, who opened his wine and beer shop and wine bar earlier this year on South Higuera Street. The shop is 2,600 square feet of space dedicated to wine and beer, and it's a cozy place to belly up and have a taste or more of what they've got to share.

Tasting is the ticket to this particular wine shop experience. That way, you can try before you buy, to a certain extent.

"Ultimately, it gets down to: I think it's so key to be able to expose people to wine. If they can get the wine in the glass, and get their nose in it, and get it in their mouth, they're going to be so much more open to it," he said. The goal is to get people to try things they may not otherwise. To "simply round people's palates out and get them to explore the world ... and I think that it's easy to achieve that by pulling a cork and pouring a bottle and being able to have an intimate conversation about that."

But, the wine bar part of the operation is still waiting out the COVID-19 pandemic. His timing is impeccable, Warren said with a laugh.

"Literally two days before we opened the doors, we found out we couldn't pour at the wine bar," he said.

Not to worry, though, it'll happen soon, Warren said. Either when San Luis Obispo County moves from the red tier to the orange one in the state's Blueprint for a Safer Economy, allowing more businesses to open with restrictions, or when he figures out exactly how to bring food into the picture. In any case, Warren said, there are options.

And options are exactly what he wanted his store to bring to the area. 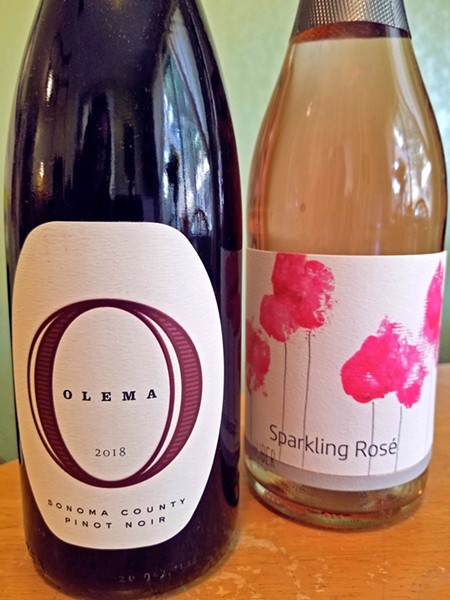 Warren grew up in Morro Bay and started working in chowder houses at the age of 14, slowly winding his way into finer and finer dining as he got older, and finer and finer wines. Eventually becoming a wine broker, Warren sold Central Coast wines all over the U.S. But he always came back. And when he came back, he would look for the wines that he wanted to drink. But they were nowhere to be found.

He wanted a place with the right pricing, the right selection, and the right feel.

So finally, he said, he pulled the trigger and decided to open that exact place.

SLO Wine and Beer isn't bringing in the same wines that a BevMo, Trader Joe's, or Costco is. Warren's focus is on wines with a little less notoriety and a little more character.

"To give people exposure to what's out there, to get people away from those bulk, established producers and get them to look at more of those tiny, single vineyard gems that are oozing terroir, you know. Small production stuff that you won't see anywhere else," he said. "These tiny guys that are pouring themselves and everything into this wine."

"I'm extremely picky," he said. "Every single wine in here I taste over a 24-hour period and I scrutinize the hell out of it."

That way he can give customers tasting notes, advice on the best time to drink it after opening, what to eat it with, and the best way to cellar it. What's really fun for Warren is walking people through a tasting where they can compare and contrast varieties grown in different regions, because a Burgundian varietal such as pinot noir tastes different when it's grown in Burgundy than, say, the Edna Valley.

With someone who likes pinot noir, Warren said the first thing he does is suggest that they look at Burgundy wines

"Let's go to its origin and see the difference," he said.

Burgundian pinot noir (aka Burgundy), he said, has "haunting, deeply floral aromatics," and a "brilliant, radiant kind of ruby rose" color. Aged in French oak barrels, Burgundy tends to taste more of baking spices like cardamom. Whereas a pinot from California will likely use American oak and is potentially blended with a little bit of zinfandel or syrah. These pinots have more of a deeper red color and notes of vanilla and toffee.

Of course, pinot noirs vary widely in depth, aroma, and flavor profiles. The grape is versatile. Warren said there are producers on the Central Coast who craft Burgundian-style pinots (Old World) as well as those who tend to create more New World, fruit- and alcohol-forward wines.

But really the only way to know the difference is to taste for yourself. And there are plenty of ways to figure out what you want to drink and what you should be drinking, even without access to a wine bar—yet. SLO Wine and Beer is all about the customer experience, asking and answering questions about the selection and taste preferences.

"When people walk in here, they're greeted and treated like family, because this is my life's passion. Next to my kids, this is what I live for," he said.

The price points are some of the best around, some wines are even cheaper than you can get in local tasting rooms, because Warren is sure to buy in bulk at wholesale prices. And the selection? "I'd go as far to say that it's the largest on the Central Coast," Warren said.

Plus, if you're feeling particularly good about exploring the world of wine, you can join the SLO Wine and Beer wine club. Twice a year, the shop packs up a case of 12 bottles from wine regions across the world for less than $200. Including eight reds, two whites, a rose, and a sparkling, the shipment is a blend of local, domestic, and far-flung regions.

Warren said he goes overboard to keep it exciting and challenge people. The first wine club shipment, which was packed up at the end of October, included a 2017 Juan Gil Silver Label monastrell from Jumilla, Spain; a 2018 Huntaway Reserve sauvignon blanc from Marlborough, New Zealand; a Republic of Pink rose from Santa Barbara County; a 2018 Olema pinot noir from Sonoma County; and more.

"It's like getting a gift," Warren said, adding that the club is just another way for SLO Wine and Beer to show their customers appreciation. "We sincerely are just excited to talk with you and share our passion. That's kind of, at the end of it all, that's why I do this. I love people. I love what I do." Δ

Editor Camillia Lanham appreciates variety and all the spices that come with it. Send palate cleansing nibbles to clanham@newtimesslo.com.