The San Luis Obispo Council of Governments approved its staff's recommendation to close the four intersections between Traffic Way and Los Berros Road along Highway 101 at an April 3 meeting.

The board approved the recommendation and a traffic assessment—part of the board's $30,000 two-step assessment process that analyzed the impacts of restricting left turns on that stretch of Highway 101—with an amendment to focus on the closures' impacts to Arroyo Grande. 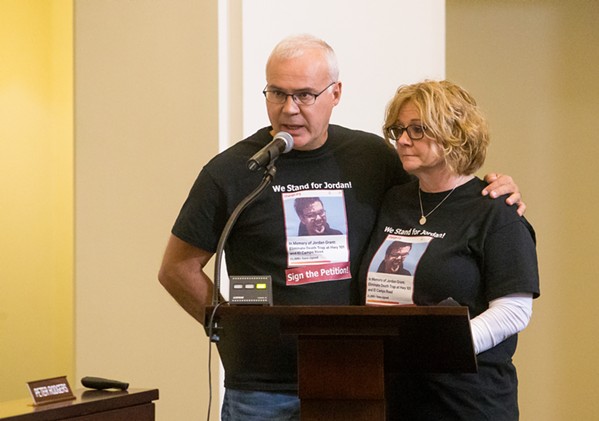 Jimmy Paulding, board member and Arroyo Grande City Council member, moved to approve the recommendation but amended it to include the study, design, and implementation of a solution for anticipated illegal U-turns at the northbound Traffic Way off-ramp. He also added an amendment stating that SLOCOG and SLO County would commit to regional cooperation with the city of Arroyo Grande to ensure that impacts from this project are mitigated and funded through state and regional funding.

According to a letter from the city, Arroyo Grande has several projects currently under construction in that general vicinity. It stated that the city and its police department aren't convinced that the assessment's recommendation of signage detouring people to the southbound ramp on Grand Avenue will be sufficient to deter people from making illegal U-turns.

Stephen Hanamaikai, a SLOCOG transportation planner, said the next step is for Caltrans to draft its plans on how and when the four intersections will be closed.

Familiar faces sat in the front row at the meeting, wearing black shirts with a photo of Jordan Grant and the text "We stand with Jordan" on the front. A driver in the process of making an unsafe left turn at the El Campo intersection fatally injured Jordan last October.

His parents, James and Becky Grant, have been working to close the intersection ever since, pressuring the county to discuss long-term solutions such as an overpass for that stretch of the highway.

James told New Times that he and Becky were thrilled and relieved that SLOCOG made the decision to support the closure of the intersections.

"I was pleased with what the council did, and they got this done in less than six months after Jordan was killed, so they acted with urgency. They accelerated the time table in selecting their consultants and getting the consultants' report back to them and taking action in the short term, so we're pleased with that," James said.

The Grants have traveled from their home in Plano, Texas, for every meeting regarding El Campo thus far, and plan to continue until both short- and long-term solutions have been resolved.

"The community has come together and supported us. We first started out alone, but it didn't take long for everybody else to come and join us. That sense of community that we feel, like we're a part of it as well, and Jordan was only here for three weeks and the support is overwhelming," Becky said. Δ