If you were a fan of Joy Division, New Order, Pet Shop Boys, OMD, or some of the other synth-driven '80s pop acts, your ears are in for a treat thanks to Soft People and their sophomore album Absolute Boys, which is out now on CD and vinyl. 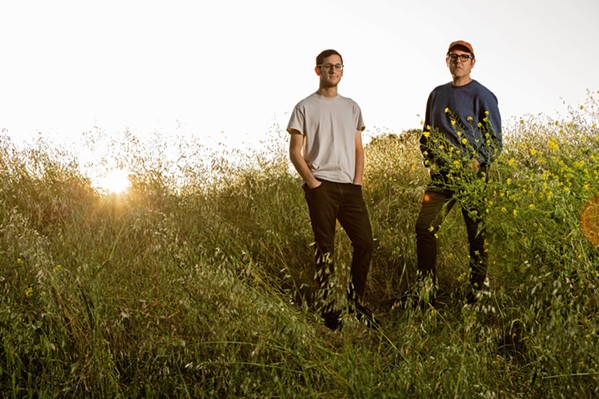 Soft People is Caleb Nichols and John Metz, lifelong musicians who met in 2009 as members of Grand Lake. They began dating and have now been married for six years. Their first album, American Men, was written and recorded in 2017 after they had moved to Atlanta for work. According to press materials, they considered the album—conceived on the heels of Donald Trump's election—as "an indictment of capitalism" that addressed "the toxicity of patriarchy" and "chronicled how masculinity and capitalism are curious bedfellows."

Absolute Boys is "decidedly apolitical and distinctly queer—an enclave of universal vignettes, entreating one lover to the next within a hub of uncluttered poetry and imagination." 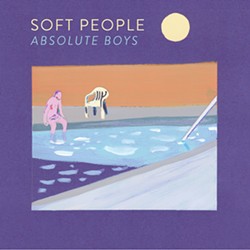 It opens with "New Moon," that has a decided David Bowie vibe over shoegazing emo with a piercing guitar punctuating a lush wall of sound. "It isn't just desire," Nichols sings, "you see him floating in the waves, the skiest eye, cerulean flame. How'd we get so high? We shot us to the moon; just a little too late, or a little too soon."

The second track, "Shot Through (After New Order)" is an homage to that great '80s act, drenched in vibrating synth sounds with poetic lyrics: "I pined, I mooned, I tended to a melancholy flame. I drank about it, tried to hide. I tried to run away, but some part of you remains that just won't seem to fade away."

"Wish II" sounds like an outtake mood ballad from a dreamy swirly David Lynch soundtrack: "Pining. No one pines for you like I do. Can you see? See me. You should see me pining down the empty beach. You can almost see you almost see you next to me."

"Ramon" is a real showcase for the elasticity of Nichols' voice, which goes in unexpected places on this track: "Ramon, give your heart to somebody soon, before you fade away, Ramon, show your cards to somebody who won't cause you pain." The song builds to a glorious vibrating and finally comical conclusion.

The next three songs are all men's names. "Louis" sounds like circus music, so it's immediately both joyful in a hollow way and tragic, with lyrics to match. The chorus goes, "I live in a fantasy," which sounds like torture. "Low, alone, at sea, my loneliness is killing me. You might shrug when diva shrieks but I can hear the truth she speaks."

"William" sounds like more '80s techno, and Nichols delivers the lyrics with a Bryan Ferry voice: "William, it was really something, at least it was something to me: a late night at the bar then in the tent your guitar had my heart impaled on its strings."

"Alex" uses a bit of Autotune, not because the voices need it but strictly for effects as another layer of texture: "At the edge of a stretch, I felt the embers in your chest. We were out on a ledge, you were up on a fence."

"22 Lunes" is a spoken word poem set to music—mesmerizing groove that accentuates the message: "A certain shimmer seemed to shine in curtained darkness—his face made strange, silverfish collapsing into the rivers mouth (which blocked our path) symbolic, he said."

The album closes with "Emberina." The song starts with a sweet baseline and then reverb guitar and a traditional drum trap set before the synth and lead guitar layer in. Nichols sings with Bowie showmanship: "My wish came true: I got to be with you (if only for a blink). Your eyes were earth and fire, the kiln of my desire, oh to feel the warmth of wings: I'm only embering and I want to remember you. I want to remember you."

Bravo, Soft People! Bravo! Find it at local record stores, softpeople.bandcamp.com, and Spotify—though you should buy a copy! The band makes as much money selling five CDs or records as they do from 30,000 streams. This one's still more than three weeks away, but I'm telling you about it early as space is limited, and you might need to start saving your money because it ain't cheap! On Saturday, Oct. 31, La Cuesta Ranch (2400 Loomis St., SLO) will transform into a drive-in and host a two-band Día de los Muertos concert and "cultural experience paying homage to ones lost," according to organizer SMV Presents (6 to 9 p.m.; $100 per vehicle up to four people or $150 VIP per vehicle with early entry and first two rows parking, available at ticketsauce.com/e/driveinslo/preview).

The event begins with a Día de los Muertos observance at 6 p.m., then The Vibe Setters takes the stage at 6:15. You can check out intermission dancers at 7 p.m. as they switch out the stage for the headliner, Próxima Parada at 7:30. The event ends at 9 p.m.

Each vehicle will get a 20-by-20-foot plot, and you can watch the show outside your vehicle but you must wear a mask. The audio will be broadcast on FM radio (the sound does not come from the stage!), and it's BYOEverything, as no food or drink will be for sale. Oversized or tall vehicles will be parked in a separate section to avoid blocking others' view. FYI, all vehicles are subject to search and this is a no smoking event, but well behaved pets are allowed! 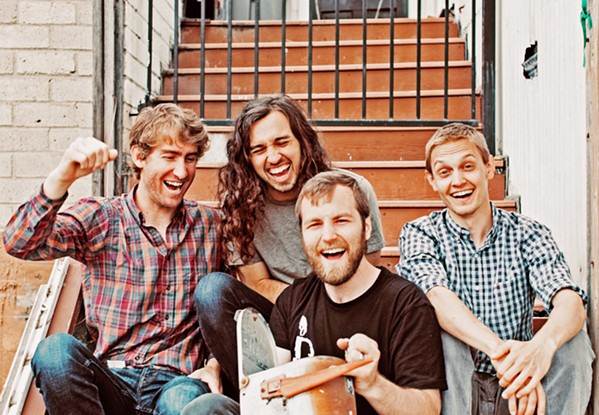 The Vibe Setters is a terrific soulful funk and blues act fronted by Dante Marsh, and Próxima Parada is a bluesy and soulful rock quartet. This ought to be a lot of fun! Δ