Something to talk about

SLO gets a new night of art, ideas, and images

Pecha Kucha--a Japanese term--technically means "the sound of conversation." What it means for San Luis Obispo's arts community, however, is inexpressible.

Less formal than a lecture, but more structured than your

# standard free-for-all art exhibit, a night of Pecha Kucha is a night of sharing images, ideas, and art. In the past three years, the event has caught on in dozens of cities across the world. A global website dedicated to Pecha Kucha lists San Luis Obispo as a participating city just after San Francisco and just before Santiago.

The event (pronounced pa-CHOK-cha) originated in Tokyo, where architects Astrid Klein and Mark Dytham of Klein Dytham architecture first organized it in 2003. The purpose behind the original Pecha Kucha night was to allow young designers to show their work to the public and network with one another. Klein and Dytham hosted the presentation at SuperDeluxe, a multimedia event space that they had just opened. As more and more people heard about the new method of sharing images via digital presentation, Pecha Kucha nights began to appear in other cities.

The event is almost impossible to describe--each evening is utterly dependant upon the participants and their work--but there are rules, established by founders Klein and Dytham. Six presenters display 20 slides for 20 seconds each, totaling six minutes and 40 seconds for each presenter, creating 40 minutes of digital presentation--excluding any technical difficulties. In addition to a rigid time format, each event must begin at 20:20 and any group that hosts the presentations must do so four times a year.

Event organizers select the six presenters before each event. One may want to convey a political message or cultural observation, another may simply want to share photographs of something beautiful. Anyone can play, and the audience draws its own conclusions.

Catherine Trujillo, Enrica Lovaglio, Laura Joines-Novotny, and Tom di Santo first heard about Pecha Kucha when Astrid Klein gave a lecture at Cal Poly. Her description of this method of sharing art and ideas struck them as significant--but they didn't realize the extent of the concept's popularity until a student attended a Pecha Kucha night in Bangkok. Armed with the knowledge that Pecha Kucha could potentially take place anywhere, it made sense for the art-minded friends to make it happen in San Luis Obispo.

# The main purpose behind their collaboration was to create an event that would express unique ideas and perspectives, and allow the ideas to be shared across different demographics. Trujillo works as special collections curator of Cal Poly's Kennedy Library, Lovaglio is a faculty member of the university's Art and Design Department, and Joines-Novotny and di Santo are both faculty members for Cal Poly's architecture department and architects at M:OME--a company dedicated to designing modern, sustainable houses. As architects themselves, Joines-Novotny and di Santo understand the brilliance of limiting each presenter to a set number of slides and period of time.

"I think all designers talk too much about their own work," di Santo said.

In addition to the genius of holding each contributor to a crisp, automated pace, the evening is an unusual meld of old-fashioned gatherings at salons and new technologies.

Di Santo explained that the group will use multiple projectors, allowing guests to look in different directions to see slides. Newer developments even afford the opportunity for future Pecha Kucha presenters to hail from the other side of the globe, presenting via the Internet. And that's just the tip of the iceberg. Trujillo referred to this new method of sharing work as a "new frontier," and just like any other endeavor, it will evolve and expand with time. And, of course, the six presenters and the content of their slides will shape each event.

For the inaugural evening at the Steynberg Gallery, the eclectic group made it their priority to present an assortment of presenters. Sky Bergman, a professor of photography at Cal Poly, will present her photographs San Luis Obispo resident Daniel Dove will show paintings and Joines-Novotny and di Santo will share some of their work. San Diego architect Ralph Roesling will present, as will local artisan Tom Peck. Pedro Arroyo and Trujillo will conclude the presentation with their galerÃa de m?sica. According to the four organizers, future Pecha Kucha presenters could potentially show anything.

"We have a person who just wants to show images of her garden," di Santo said.

"It's just things you want to share with other people," Joines-Novotny added. "It doesn't have to be art."

As the presenters shift from one event to another, the flavor of 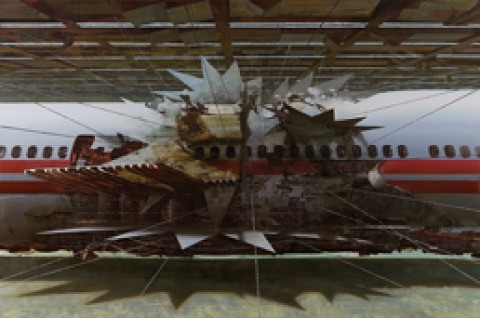 # each night alters, so no matter how many cities leap aboard the Pecha Kucha express, no two nights will ever be the same. Edinburgh will remain distinct from Buffalo, and from Lima, and from Tel Aviv.

But finding a diverse assembly of artists and sharers simply isn't enough. It's equally important to attract a diverse audience, so that, come the evening of the show, students will find themselves sitting next to artists and stay-at-home parents--anyone, basically, who happens to have something to express. The collaborators are seeking to blur the lines between the university and the city, opening the gates for more artistic and intellectual discourse between the two. According to Trujillo, this makes the four organizers something akin to cultural DJs, selecting stimulating tidbits to share with the rest of the community.

Future Pecha Kucha nights may or may not take place at the Steynberg Gallery, but the fact that it was selected as the venue to introduce San Luis Obispo to the idea-sharing concept says something about the gallery/tea and coffee house's cultural significance.

"I think Peter [Steynberg] has a space that can be a lot of things," Joines-Novotny said. "It can be reinvented."

Guests are invited to come early (by checking out the first Pecha Kucha Night in San Luis Obispo) and often (by checking out the three other events that round out the year). After all, this month's offering includes photographs, music, and paintings, but the next event could feature vacation slides or cookie recipes. Technology and the expanses of the imagination are the only limitations--and those don't afford many restrictions at all.

INFOBOX: The start of something