Songbird Dulcie Taylor releases 'Better Part of Me' on April 21, at Luna Red

"Deceit has many faces. It can even look like love/ When you crossed the line, I ignored the signs/ What was I thinking of?" Atascadero resident Dulcie Taylor sings on "The Moon Is Cold," a track off her new album Better Part of Me. 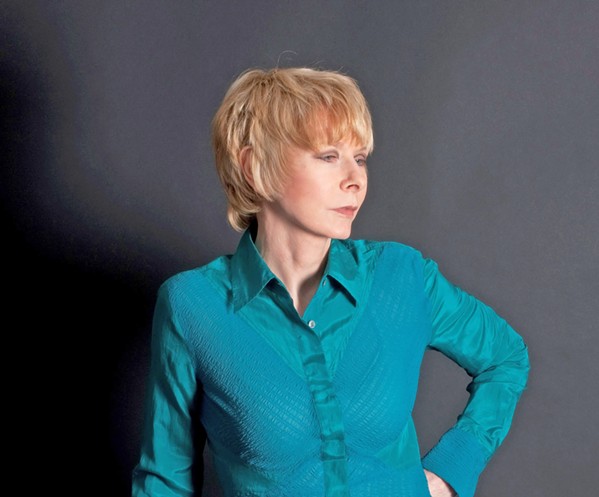 "When a deceiving nature is coupled with a smart mind, look out," Taylor said of her song in press materials. "Somebody's going to get hurt."

This is Dulcie Taylor territory, exploring the complexities of human relationships with thoughtfully constructed lyrics framed by engaging melodies played by a cast of the best players around, such as Dominic and Damon Castillo, Bob Liepman, Valerie Johnson, Tyson Leonard, and many more.

"I am so thankful to have such incredibly talented people to work with," Taylor added. "I trust them, I thoroughly enjoy their company, I share their aesthetic values, and we have a lot of fun together—always an important part of creation. Each morning when I came into the studio I felt like a little kid on the way to a much-anticipated birthday party."

Taylor's also wont to rail against humanity's foibles, taking on divisive political issues. On "Halfway to Jesus," the first single released from her new album last month, climate change is on her mind: "Well it ain't like we haven't been warned, living through thousand year storms. Looking back where does that leave us? Halfway to Jesus."

This Saturday, April 21, Taylor will play an album release show at Luna Red (9 p.m.) where she'll be joined by longtime writing and recording partner George Nauful, singer-songwriter Tim Jackson, and percussionist Tracy Morgan. Other shows this month include Monday, April 23, at the Cass House in Cayucos (5 to 8 p.m.), and next Saturday, April 28, at Soaring Hawk Vineyards in Santa Margarita.

Don't miss seeing one of our area's very best songwriters!

Even though every day should be Earth Day, it's not, but the 28th annual Earth Day Fair and Music Festival is happening this Saturday, April 21, at Laguna Lake Park (11 a.m. to 5 p.m.; all ages; free admission). SLO City Transit is offering free bus rides. 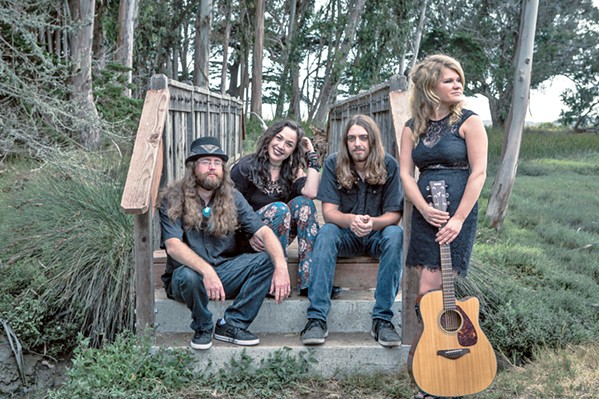 As usual, the event will be filled with music, speakers, vendors, food, beer and wine, and plenty of kids activities. Performers include Joy Polloi, a community drum circle led by popular drummer Tim Costa, the Albert Jr. Band, Back Bay Betty, and Drive-In Romeos. On another stage see Nataly Lola, The Mighty Croon Dogs, and The Noach Tangeras Band.

Lots of organizations will be on hand to share info, and emcee Brandon Follet will coordinate music by Banjer Dan, David Plumb, Dulcie Taylor, and Marcus DiMaggio. And of course there's a Kids Zone!

Well, not quite. He's also got a smoky baritone voice and a history as a rodeo bull rider.

Now Johnson gets his kicks singing his hits such as "The Only One I Know (Cowboy Life)," "With You I Am," and "I Can't Even Walk." Mike and the Moonpies will open the show, playing music from their new album Steak Night At The Prairie Rose.

Other Good Medicine shows include Americana act Mipso at The Siren on Wednesday, April 25 (8 p.m.; 21-and-older; $12.50 presale at Boo Boo's and ticketfly.com, or $15 at the door). Sera Cahoone opens.

He can sing, too

You know him from films such as Stand By Me, The Lost Boys, Young Guns, Flatliners, A Few Good Men, A Time to Kill, Dark City, Melancholia, and the TV series 24, but what you may not know is that Kiefer Sutherland is also a damn good country singer-songwriter who's playing the Fremont Theater this Saturday, April 21 (9 p.m.; all ages; all seated show; $26 and $66 presale at eventbrite.com and Boo Boo's, or $30 and $70 at the door). 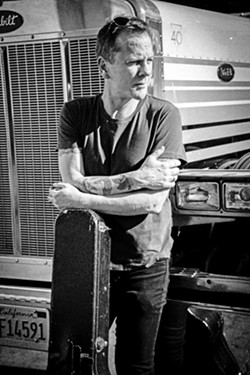 Sutherland also ran a successful cattle ranch for a decade and was a competitive cowboy in the USTRC team roping circuit. He won numerous roping events around the country. His debut album, Down In A Hole, was released in 2015.

"It's the closest thing I've ever had to a journal or diary," he said in press materials. "All of these songs are pulled from my own personal experiences. There's something very satisfying about being able to look back on my own life, good times and bad, and express those sentiments in music. As much as I've enjoyed the writing and recording process, I'm experiencing great joy now being able to play these songs to a live audience, which was something I hadn't counted on."

Also at the Fremont, check out irresistible pop band The Drums with opening act Alvvays on Friday, April 20 (9 p.m.; all ages; $22 at Boo Boo's and eventbrite.com).

Also, rockers Lukas Nelson and Promise of the Real plays the Fremont with acclaimed singer-songwriter and Southern storyteller Tyler Childers opening on Wednesday, April 25 (7:30 p.m.; 16-and-older; $30 at eventbrite.com and Boo Boo's). Check out the details at fremontslo.com.

Last week I checked out Sweet Springs Saloon, and I'm happy to report it's no longer a scary shithole! It's had a thorough cleaning, the bathrooms have been completely remodeled, and they even have some upscale cocktails like mojitos for only $7! Eventually, they plan to reopen the kitchen and provide tasty pub food, which means it'll be open to families. For now, however, it's still 21-and-older. 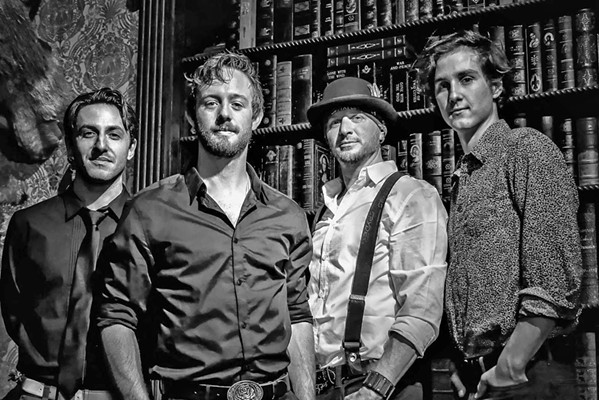 Bay Station brings their Americana singer-songwriter fare to The Pour House on Thursday, April 19 (7:30 p.m.), to support their new record Other Desert Cities.

It's Record Store Day this Saturday, April 21, and amazing singer-songwriter Van William (aka Van Pierszalowski) is playing Boo Boo Records at 6 p.m. Formerly of Cambria, William was in local acts Waters and Port O'Brien. His new album Countries is freaking amazing, and his collaboration with Swedish folk group First Aid Kit on the song "Revolution" has been getting monster radio play! Boo Boo's will have cool stuff happening all day too! Keep independent record stores alive! 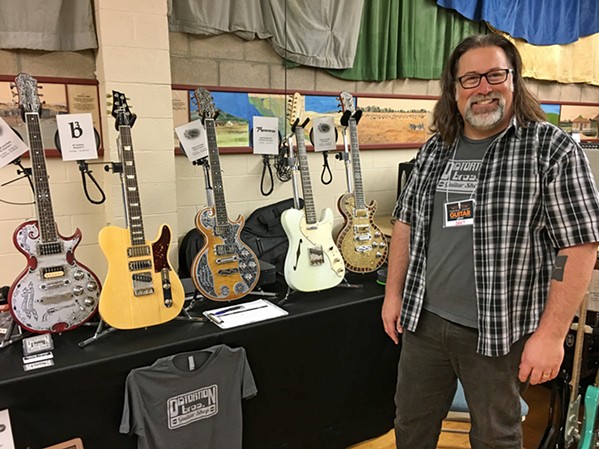 The sixth annual Central Coast Guitar Show happens this Saturday, April 21, from 10 a.m. to 3 p.m. in the SLO Vets Hall. "Buy, sell, trade, and see all things guitar, new, used, and vintage, other musical instruments and services," organizers say. Admission is $5, with $1 off if you walk in with an instrument to sell or trade.