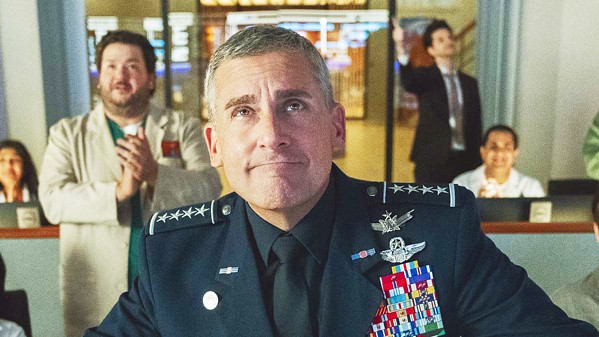 Greg Daniels teams up with the Steve Carell to bring us the off-the-wall comedy these dark times badly need. Gen. Mark R. Naird (Carrell) has been working for this his whole life, and he's finally going to run a branch of the armed forces. Unfortunately, he's assigned to the president's new "great idea," and is put in charge of the fledgling program Space Force. Naird uproots his wife, Maggie (Lisa Kudrow), and daughter, Erin (Diana Silvers), to the-middle-of-nowhere Colorado. They aren't thrilled.

With a team of awesome co-stars like Kudrow and John Malkovich as chief scientist Dr. Adrian Mallory, what feels like a silly excuse to watch TV for a while actually draws you in. While Naird is über rigid, we soon see the cracks underneath his tough exterior. The guy is going through something rough, and you can't help but want him to have a win. If you don't mind letting yourself indulge in an oddball comedy that doesn't really make sense (because it doesn't need to), give this Netflix series a go. (10 30-min. episodes)